One person dead after fire in downtown Kenora 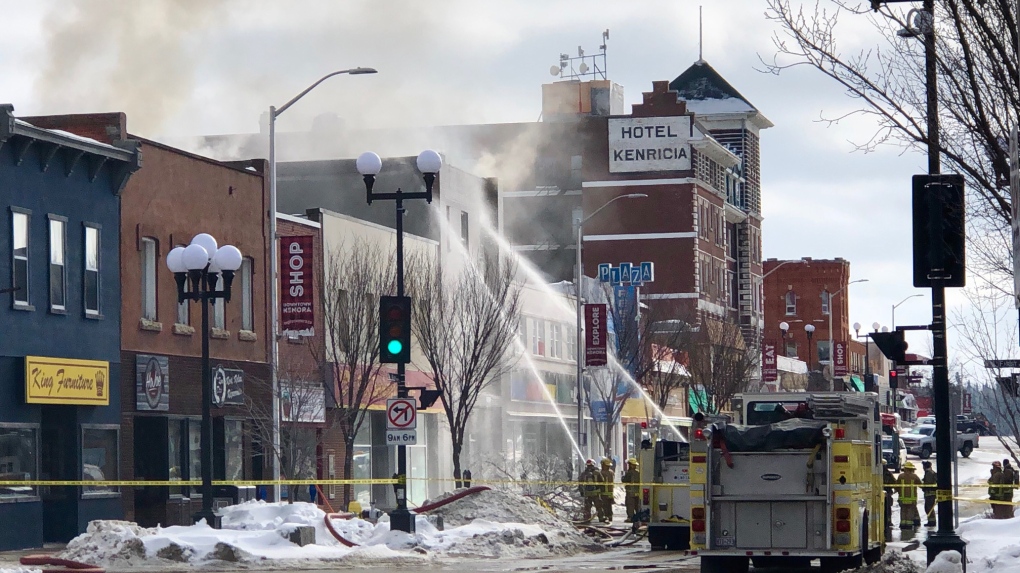 Kenora OPP says one man was found dead in a fire on Main Street in downtown Kenora shortly before noon on Sunday.

Police, Kenora Fire and Ambulance crews were on scene. OPP say no one else was injured in the blaze.

On Monday, police said Main Street South between McClellan Avenue and Second Street South is closed to traffic, but is open to pedestrians. Officers ask that people respect the police tape and not cross blocked off areas.

Kenora OPP say the fire marshall will be visiting the scene to investigate the cause of the fire.

The investigation is ongoing and the cause is currently unknown.

Anyone with information regarding the fire is asked to contact Kenora OPP.