Pallister says there’s been a decrease in violent crime, as Winnipeg reaches 37 homicides 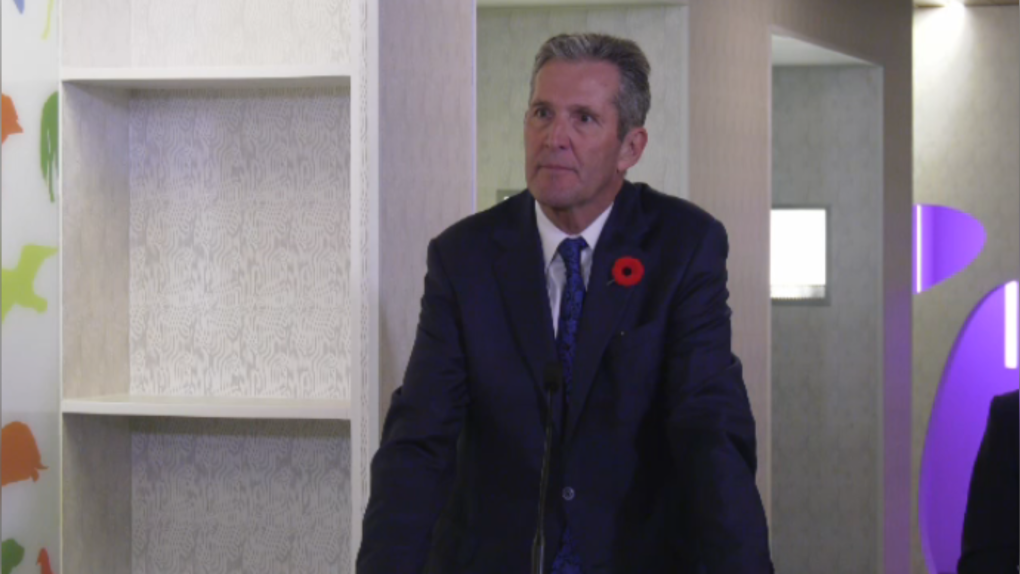 WINNIPEG -- Premier Brian Pallister said while the recent rash of homicides and assaults in Winnipeg is a major concern, the number of violent incidents is on the way down.

“There’s actually a decrease in violent crime statistically, but any incident of violent crime is obviously a concern to all of us, and so of course we’re looking at continuing action,” he said Thursday, the same day an arrest was announced in the attempted murder of a three-year-old.

Pallister went on to thank frontline police officers and citizens who have provided ideas and suggestions.

He notes the Manitoba Police Commission is looking into measures that have helped improve public safety in other places, and it will be giving a report in the next two and a half weeks.

“I look forward to action being taken to make sure we’re doing everything. We have a beautiful province, a wonderful capital region and we need to make it safe for the people who live here,” he said.

On Thursday NDP MLAs met at the Manitoba Legislative Building to call on the government to take notice of the recent rash of crime, which includes the multiple stabbing of the three-year-old boy, four homicides since Oct. 26 and an infant being injured in a shotgun attack.

“The news stories of the last few days have been horrifying, particularly those that involved small children,” said Nahanni Fontaine, NDP critic for justice and MLA for St. Johns, in a news release.

“The province cannot allow this kind of violent crime to continue unaddressed. Families deserve real action, including investments to address the root causes of violent crime, so that our communities and children can be safe.”

Fontaine, as well as the NDP’s critic for mental health and addictions, MLA Bernadette Smith, announced a community gathering in the city’s North End to allow residents to discuss their concerns, and come up with solutions to curb violent crime. Justice Minister Cliff Cullen and Health Minister Cameron Friesen have been invited to the gathering, which will be held at William Whyte School on Nov. 6 at 6 p.m.

“While families are threatened, the province has stayed quiet. When our city is in crisis, the Pallister government has a responsibility to take action to keep families safe,” said Smith.

“We know the most effective solutions to violence in our communities will come from the community itself, and so we invite the conservative minister to listen to those with the lived experience and expert knowledge that can make our city safer for all of us.”

Pallister said the recent rise in Liquor Mart thefts is a concern from a revenue standpoint, but more importantly a safety one.

“Obviously when there’s a trend in that direction we want to take immediate action to stop it. I think it’s a concern to all of us,” he said.

He said there’s a “cooperative dialogue” going on with other jurisdictions that have implemented measures in order to determine the best solutions.

Pallister said he wants action to be taken and he’s ambitious to see the province take on new initiatives and adopt new practices.

“I consider this to be one of the major responsibilities of any government. To make sure law-abiding people are safe and secure in their own neighbourhoods and their own communities or visitors to our province, as we expect to have many for our 150th next year, are coming here confident that they’ll be secure and safe.