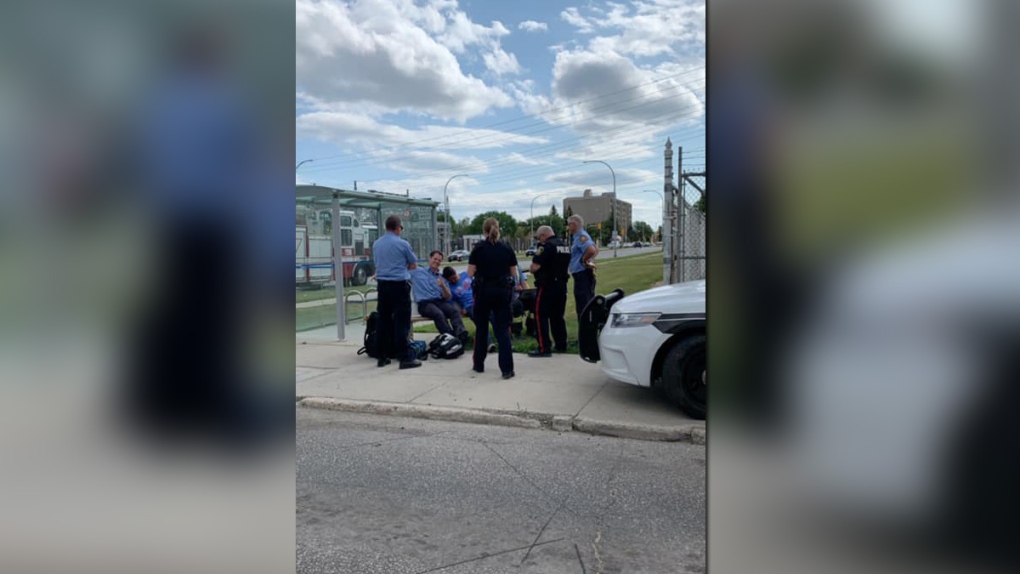 A photo posted online, of Winnipeg police and paramedics with a man on a bench, has sparked criticism.

Justin Highway said he took the photo on his way to the Winnipeg Blue Bombers game, at Grant Avenue and Stafford Street Friday night.

“I seen the paramedics on the bench there, with that guy passed out,” said Highway.

Highway said he saw a woman facing the man try to take a picture of another first responder next to the man.

He said the workers could have shown more respect.

“Just standing around there, laughing away there, I saw that lady cop holding her phone, I believe she was trying to take a picture,” said Highway, in a phone call with CTV News.

“They shouldn't be doing that, there wasn't an ambulance around at that time."

"One guy was saying ‘I don't think you'll be doing anything sometime this weekend’ and he was laughing away."

Highway said he heard the conversation while he was stopped at a red light for about one minute.

The City of Winnipeg says it has been looking into the incident since the photo first started circulating on social media Friday and took statements from everyone involved.

In a statement to CTV News the city said:

“WFPS staff spent approximately 90 minutes caring for this individual while awaiting WPS transport. At the point this photo was taken, WFPS staff were providing information to WPS, while the individual was resting his head on the shoulder of one of our WFPS members. We can assure you that this individual was treated in a respectful and professional manner at all times."

Winnipeg Mayor Brian Bowman tweeted about the photo on Saturday.

Thanks for bringing this to my attention. The Police Chief and Fire Paramedic Chief, as well as senior administration, are already aware of the photo. It’s being reviewed. If valid, it’s obviously unbecoming of what’s expected by our emergency responders.

A spokesperson for the mayor told CTV news Sunday, once the review is complete the mayor will have more to say.