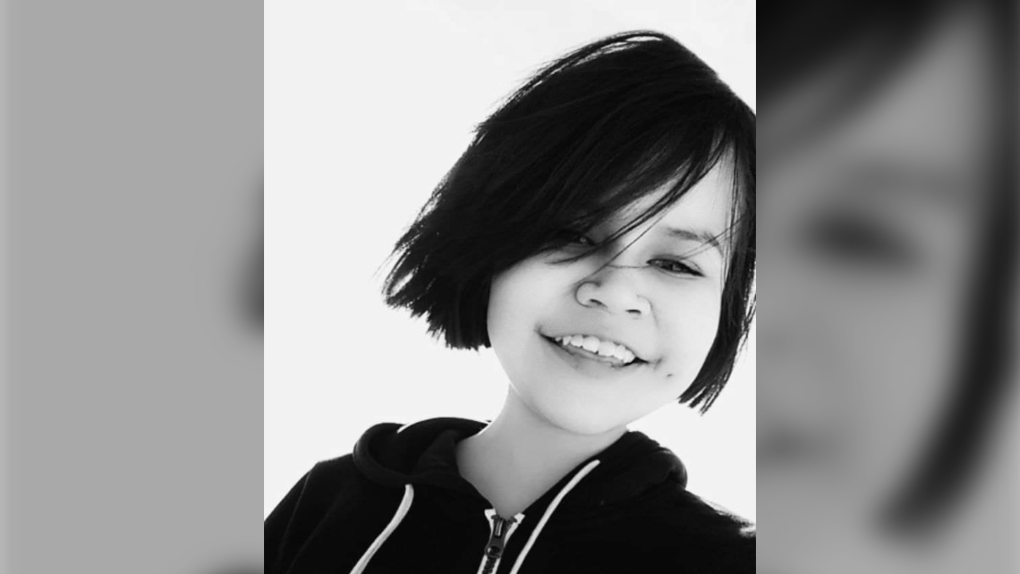 On the nights Lena Harper can't sleep, she stares out a window in her home on Wasagamack First Nation hoping to one day see her granddaughter walk up the driveway.

It's become a ritual for Harper since Tammy Nattaway, who was 16 at the time, vanished a year ago.

"I would look out the window thinking ... maybe we would see her on the road waving at me saying, 'I'm home,"' Harper said in an interview.

Manitoba RCMP say the teen was last seen in her community of Garden Hill First Nation on July 14, 2020.

It's not uncommon for residents to go back and forth between the three.

Harper says in recent years Tammy would often stay at her place where she enjoyed hanging out with family and spending time with kids in the area.

Police say the family contacted officers on July 31, 2020, to make an official missing persons report after searches in the three communities were unsuccessful.

Those closest to Tammy say she's a quiet girl who likes listening to music or reading books on her phone. She is the second oldest in a family of nine siblings. Her mother says her daughter is timid.

"She wouldn't run off. She would barely even walk to the convenience store by herself. We always knew where she was. We knew something else was going on," Cecile Stephanie Nattaway said in an RCMP release earlier this month.

Officers have spoken to more than 100 people and searched land and water using helicopters, boats and sonar technology, but there have been no solid leads, said Tara Seel, Manitoba RCMP's media relations officer.

With tips and police searches waning, Mounties decided to renew a request for information on the one-year anniversary of Tammy's disappearance.

"If someone knows something, don't assume that we know it. It could be that piece that we're looking for," Seel said in an interview.

"There's a lot of rumours going around, which we look into of course, but it sure helps when someone calls us directly and tells us what they know."

Officers have relied on locals to help search the vast area. The communities are surrounded by water and wooded areas, which makes them only accessible by air in the summer and ice road in the winter.

Seel said having community support is important to the investigation. "To have the local knowledge contribute to our grid searching and our methodologies is beyond valuable."

Jack Harper is one of the lead co-ordinators who has organized community-led searches. Most recently, an underwater drone was used to search waterways near Wasagamack.

He said Tammy's disappearance, and the lack of answers, weighs on searchers.

"They sometimes get frustrated. Sometimes I can see some people in those searches can't really concentrate on their home. They're too busy thinking about her," he said.

Harper understands the frustration. He feels it some days, too, but said he won't rest until Tammy is found.

It's not the first time Harper has taken the lead on finding a missing girl.

He was part of the search for Teresa Robinson, 11, when she disappeared after leaving a birthday party in Garden Hill in May 2015. Searchers found her remains in a wooded area. It was initially believed she had been killed by a bear.

But injuries uncovered during an autopsy led to a lengthy homicide investigation that included RCMP collecting hundreds of voluntary DNA samples from males in Garden Hill.

More than 2 1/2 years later, a teen who had given a sample to police admitted he killed the girl while sexually assaulting her.

Harper said he hopes Nattaway's family can get closure soon.

The teen's grandmother is urging anyone with information to come forward. But while Lena Harper hopes to one day see her granddaughter again, she believes the worst has happened.

"We had this feeling last year that she's not with us already. We would like to do a proper burial for her."

This report by The Canadian Press was first published July 26, 2021.

Liberal Leader Justin Trudeau says a Toronto-area candidate has been asked to pause his campaign after the party learned he previously faced a dropped sexual assault charge that was later dropped.

Police say two brothers shot during a home invasion and kidnapping in Hamilton early Thursday morning were trying to help their father, who investigators believe was the target of the deadly attack in the city’s Mount Hope neighbourhood.

Hundreds of Western University students walked out of classes Friday as thousands marched on campus to protest sexual violence on and around the campus.