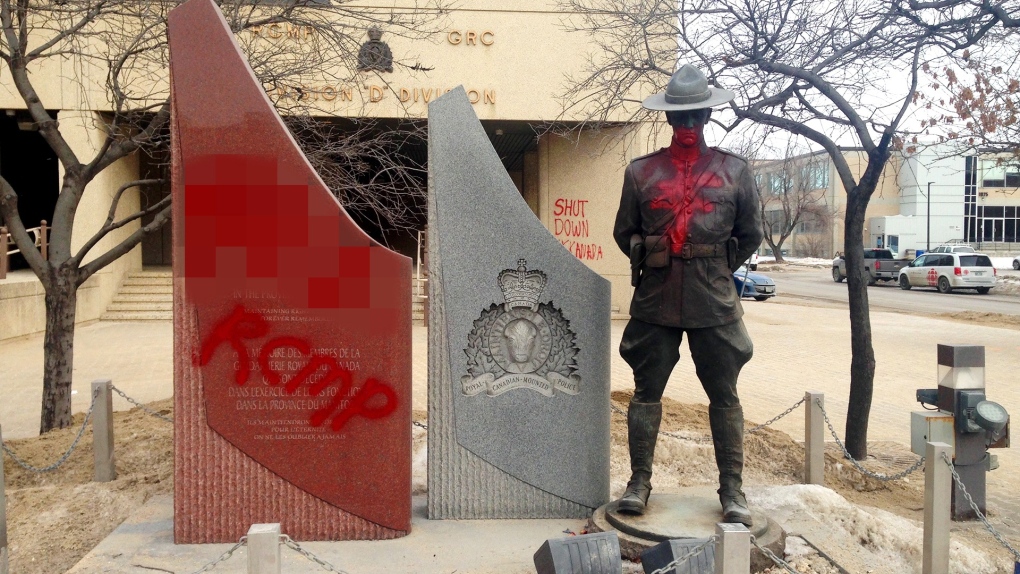 WINNIPEG -- Winnipeg police have arrested an 18-year-old man after the RCMP headquarters, the Canadian Museum for Human Rights and the constituency office of Northern Affairs Minister Dan Vandal were vandalized in February.

Winnipeg Police Major Crimes began investigating after the three incidents of graffiti were discovered on Feb. 26.

At the time, police said the three incidents of graffiti were "likely linked."

Carter Raymond Peter Grycko, 18, has been charged with three counts of mischief under $5,000. Police said he was released on an undertaking with conditions.

Police said the investigation is ongoing. Anyone with information about these incidents is asked to call investigators at (204) 986-6219 or Crime Stoppers anonymously at 204-786-TIPS (8477).