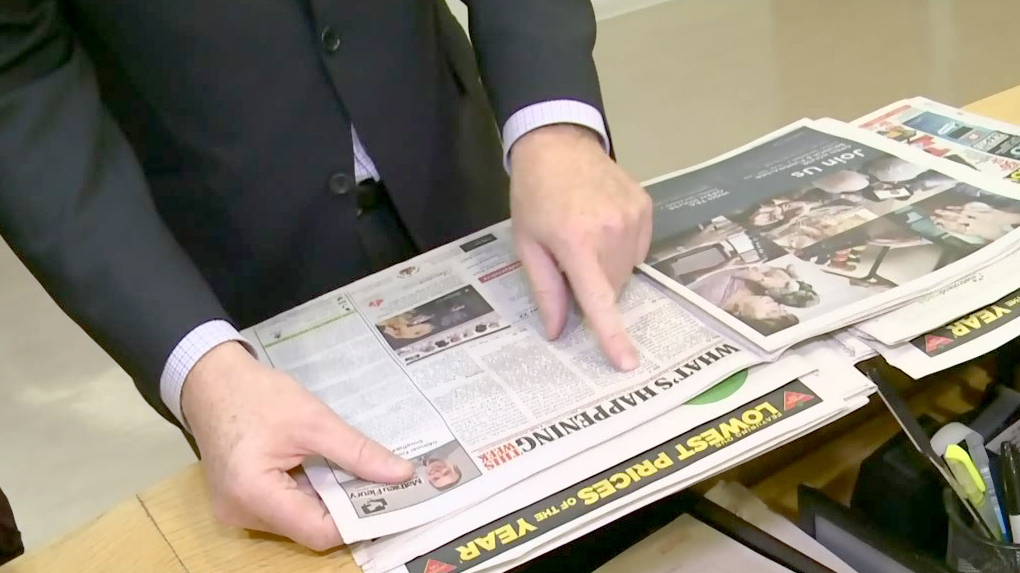 The closure affects eight newspapers in Manitoba, and seven in Ontario.

The Ontario papers closing are the Kingsville Reporter, Lakeshore News (Windsor-Essex), LaSalle Post, Tecumseh Shoreline Week and Tilbury Times. The Napanee Guide and Paris Star are also losing their print editions, but their websites will remain.

“Shutting down a publication is never our first choice,” Postmedia said in a statement. “These are low-circulation publications, all but two of them free weeklies, and were not profitable.”

The company said the closures will result in 30 permanent layoffs.

The final print editions will run the week of May 4.

Postmedia also announced temporary layoffs of approximately 50 people in the sales and operations teams as a result of the COVID-19 pandemic. The decision will be re-evaluated in three months.

All staff earning $60,000 or more, except for commissioned advertising sales representatives, will receive a salary cut for at least three months, the company said. CEO Andrew MacLeod said in a memo to staff he will take a 30 per cent pay cut, while cuts for other staff will vary between five and 20 per cent depending on their position.