'Price has gone up dramatically': rare currency on display at coin show

'Price has gone up dramatically': rare currency on display at coin show 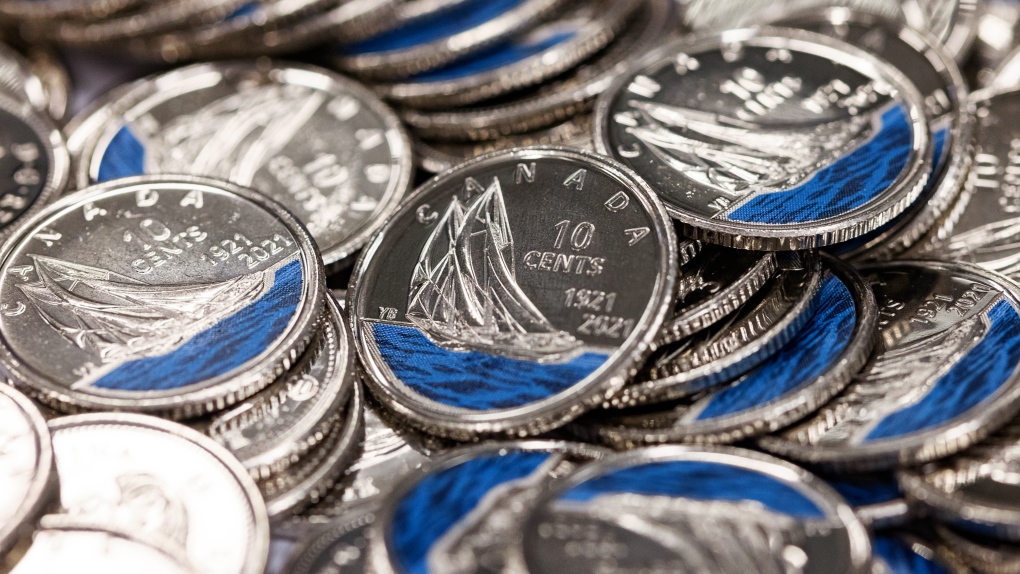 Winnipeg's currency enthusiasts are getting together this weekend to see if their coins have become more valuable after the Queen's death, and to hunt for new treasures to add to their collections.

"People can actually come out, see some of the different coins and bills, and talk to some of the experts," he said.

Dalman says some Canadian coins and bills with the image of Queen Elizabeth II on them have gone up in value since the monarch's death in September. In particular, he says her first appearance on Canadian currency - a 1935 $20 bill – is very much in demand.

"(She) was only 8 years old, and is on the actual $20 bill, which is sought after right now, and that price has gone up dramatically for her," said Dalman.

Another rare bill was released in 1954, when the image of the Queen appeared to show a devil's face in her hair. Dalman says most of those bills were recalled and destroyed, but there are still some out in the wild. "Anybody who can find a devil's face on a bill, they are worth probably ten times the face value of the bill in some cases," he said.

Not all collectible coins are old. Dalman says a special Bluenose 100th anniversary coloured dime released in 2021 is worth considerably more than ten cents.

"Because they're no longer in circulation - you can only buy them at the Mint – so those are considered first-strike coins," said Dalman, "right now for one that is graded high quality … that dime is now worth $51 just for a dime."

It's never been a more exciting time to be a coin collector, according to Dalman. He says children especially love the hobby.

"The mint has expanded to the point where we now have Disney coins, we have DC Comics coins, we have all the sports teams of the Canada United States being put on them," said Dalman, "so there's a wide variety for anyone who's interested in coins and bills."

The head of NATO expressed worry that the fighting in Ukraine could spin out of control and become a war between Russia and NATO, according to an interview released Friday.

Tabloids fume, many in U.K. shrug over Harry and Meghan series

Britain's press erupted in outrage Friday at Prince Harry and Meghan's documentary series, which lambasts the U.K. media over its treatment of the royal couple.

Canadians sending parcels this holiday season may be surprised to see a steep surcharge on domestic shipping due to the high price of diesel.