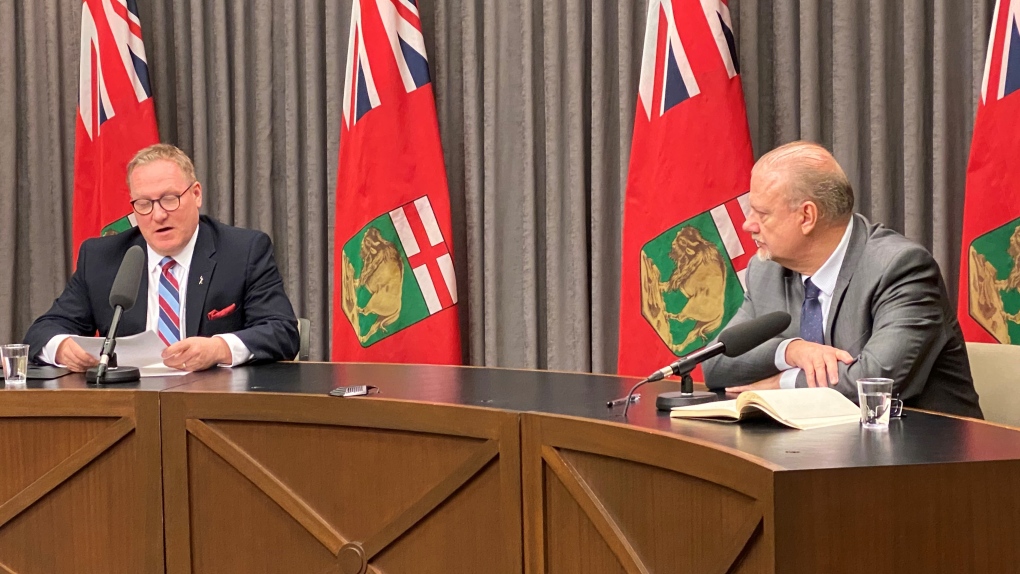 WINNIPEG -- Amid the COVID-19 pandemic the provincial government is calling on the official opposition to put aside their differences and work together for Manitobans.

Since March 11, the NDP has been stalling procedures at the Legislature, and protesting several bills the Conservatives are hoping to introduce. This process has also lead to the government delaying the release of the budget.

"This has to stop. At times like this, we as legislatures have to rise to a different level and to show Manitobans we are there working for their best interests," said Education Minister Kelvin Goertzen.

Goertzen is asking Manitoba NDP leader Wab Kinew and his party to stop their "political imaginations" so that the normal functions of the Legislature can return.

He also noted the NDP have not seen the bills, so they shouldn't be stalling them to begin with.

Finance Minister Scott Fielding said there is a lot of fear spreading and these stall tactics are currently causing fear and uncertainty.

"We really need to focus on what matters most to Manitobans right now. We need to stop the blockade of government businesses, we have a budget that must be allowed to be brought forward today, so that we can focus on dealing with this very important and serious issue," said Fielding.

"It's important to put Manitobans before politics."

Goertzen said it is important to bring some normalcy back to the Legislature.

Official Opposition House Leader, Nahanni Fontaine told CTV News in a written statement that the NDP are trying to stop the government from "ramming" legislation through the House without giving Manitobans time to review them.

“We have made several offers for the government to present the budget without forcing through legislation but they have repeatedly refused. We made that offer yet again today," said Fontaine. "We were happy to agree to allow the government the flexibility to change the location and timing of house proceedings. The delay of Pallister’s legislation has absolutely no bearing on the province’s response to COVID-19, and we were pleased to work collaboratively with the government last week to approve emergency funding for health care supplies.”