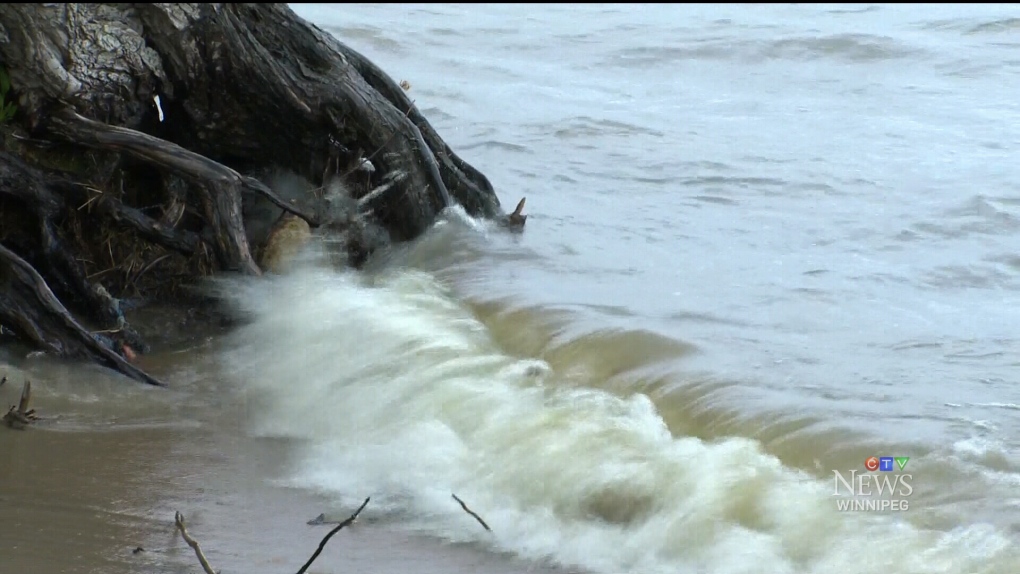 Cottage owners and campers along the south basin of Lake Manitoba are in for some high winds over the next few days.

The province’s Hydrologic Forecast Centre has issued a high wind effect warning for the area starting June 30, 2022. An incoming weather system could bring strong, sustained gusts up to 60 kilometres per hour. This would cause already high water levels to rise even higher – up to five feet according to Manitoba Transportation and Infrastructure.

The affected areas start at Oak Point and continue around the southern basin of the lake to a point near Langruth and portions of the north basin around the Narrows.

The wind effect may also be strong along the southern shores of Lake Winnipeg, Lake Winnipegosis and Dauphin Lake. Residents are advised to take any necessary precautions and motorists in the area should drive carefully.

The province says several communities continue to be affected by flooding. A complete list of flood warnings, watches and high water advisories is available at www.gov.mb.ca/mit/floodinfo/index.html.

Retailers sitting on 'mountains' of excess inventory in need of liquidation: expert

Consumer behaviour, a looming recession and the reactions of retailers to pandemic-driven supply chain issues are combining to drive a liquidation renaissance, according to one business advisor and retail futurist who spoke with CTVNews.ca.

Ontario doctor alleged to have killed 4 people around same date in 2021: documents

Canadians across the country have a shot at seeing the northern lights this weekend thanks to a series of solar flares and storms over the past few days, according to the National Oceanic and Atmospheric Administration.

Prime Minister Justin Trudeau nominated Ontario judge Michelle O'Bonsawin to the Supreme Court of Canada on Friday. She is the first Indigenous person chosen to sit on Canada's top court and the appointment is being celebrated as filling an important role at the highest level of the country's justice system.

Two pilots are believed to have fallen asleep and missed their landing during a flight from Sudan to Ethiopia on Monday, according to a report by commercial aviation news site Aviation Herald.

Sale of Ottawa church to 'Freedom Convoy'-affiliated group falls through, but leader says deal is still on

The current purchase of a historic Ottawa church slated to become an 'embassy' for a group affiliated with the Freedom Convoy has fallen through, according to documents obtained by CTV News. But The United People of Canada director said it was his understanding the deal was still in place.

Former U.S. Vice President Mike Pence said Friday that he didn't take any classified information with him when he left office.

A Calgary man who bilked his clients out of millions of dollars in a Ponzi scheme has been sentenced to 10 years in prison for what the judge called a deliberate and large-scale fraud.

There is now a simple solution to destroying 'forever chemicals': study

Scientists say they have developed a simple and cost-effective method for destroying a class of synthetic chemicals found in many consumer items and lasting in our water, soil and air for thousands of years when left alone.