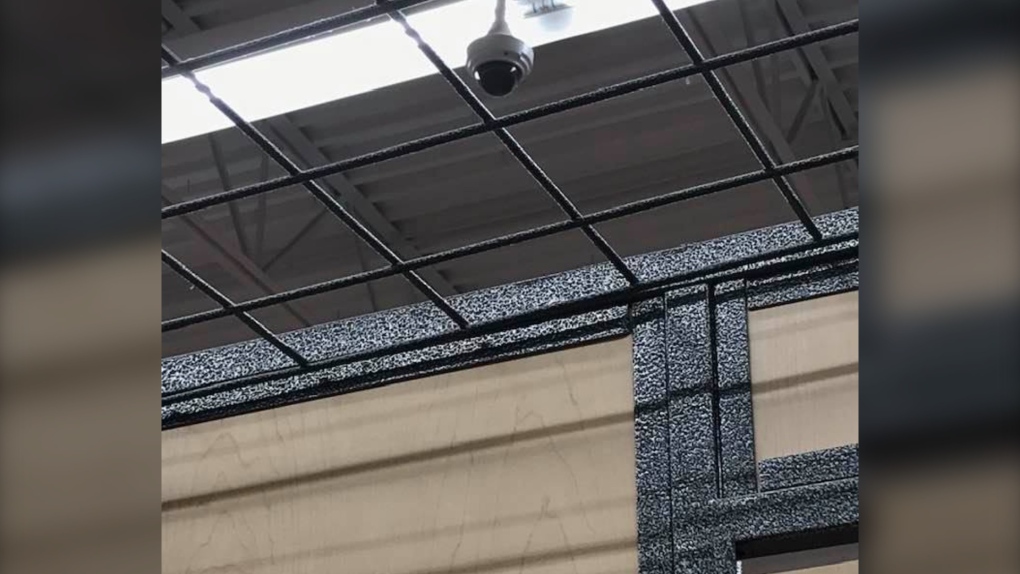 WINNIPEG -- A spokesperson for Walmart Canada is assuring its customers after a social media post showing a camera above a change room was shared more than 1,000 times.

The post, shared to Facebook on Oct. 11, includes two photos of a camera suspended from the ceiling, with a caption that began with the poster explaining they went to try on a t-shirt in Walmart, followed by an eyeballs emoji.

The poster, Bobbi Rae Kellow, told CTV News she lives near the Walmart on McPhillips and stopped there to buy a plain cotton tee on the way home from work.

She said after getting in the fitting room, she looked up because there was an unusual mesh over the stall. She said she was just starting to get undressed when she saw the camera.

“And I kinda like, backed away to the door, so that I couldn’t be seen, because I felt super uncomfortable,” she said.

Kellow said she decided to take a photo to show the manager.

“Because, you don’t know who’s, like, looking at you,” she said.

Kellow said the store manager seemed surprise when she told him about the camera and couldn’t tell her if it was on.

The post identified the store as the Walmart on McPhillips, which is located in Winnipeg.

In comments, the poster shared that they felt “weird and uncomfortable” because they didn’t know if anyone was watching them undress.

In an email to CTV News, a spokesperson for Walmart Canada said the camera wasn’t operational and wasn’t placed by the change room intentionally.

“Following a recent remodel of the store, new fitting rooms were relocated below a security camera that was not operational and did not capture any images,” the spokesperson said, after stating they always want customers to feel comfortable in Walmart stores.

“The camera has since been removed and we’re sorry for any confusion,” the spokesperson said.

Kellow said she’s glad the camera has been removed, but the experience will have a lasting impact.

“I’m always going to look now, for a camera,” she said.

-With a file from CTV's Jon Hendricks