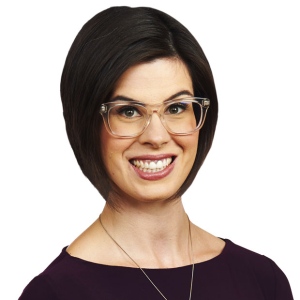 Contact
Megan Benedictson joined CTV News Winnipeg as the Social Media Reporter on CTV Morning Live in 2016, before moving to the digital team in 2017 while continuing to report on technology and online culture on television.

Born and raised in Winnipeg, Megan began her reporting career in the city while she was still a student in Red River College’s Creative Communications program.

She spent five years reporting in radio and television, anchoring radio newscasts and producing while working part-time towards a Bachelor of Arts at the University of Winnipeg.

Megan is a generalist with an interest in politics, who considers delivering live results analysis on CTV News Winnipeg during the most recent civic and provincial elections a career highlight.

When she’s not working, Megan can usually be found downtown, practicing yoga, taking in live music and theatre, or spending quality time with her daughter. She speaks English.