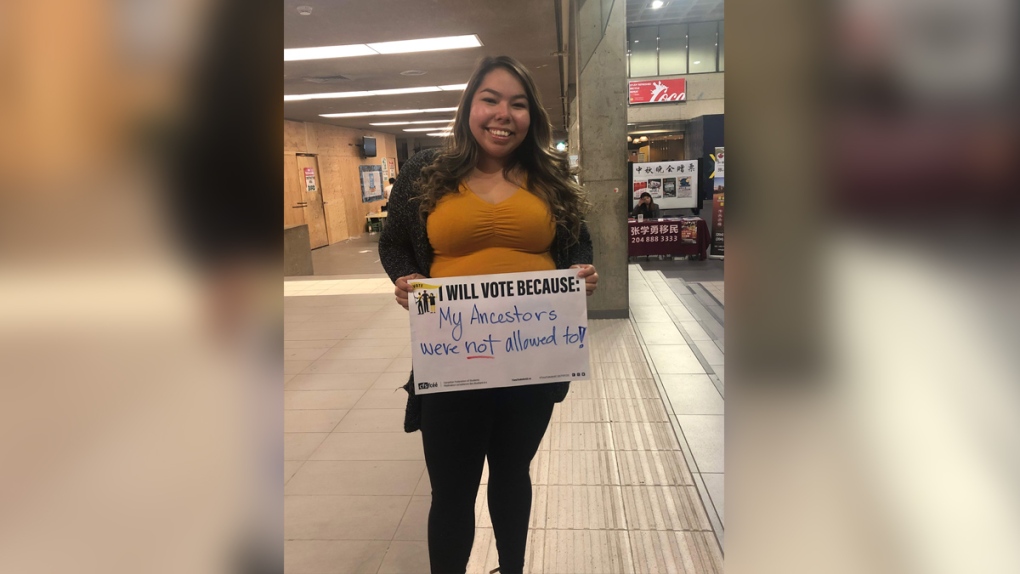 WINNIPEG -- Young people have the power to decide the outcome of Canada’s 43rd federal election Monday, according to a non-partisan organization encouraging young people to vote.

Tyler Valiquette is a member of Future Majority. The group was started in 2018 to get more young voters on post-secondary campuses into politics and into the ballot box.

“Young people in Canada, generation Z and millennials have so much power this election,” Valiquette said in an interview with CTV News from Toronto.

Future Majority indicates on their website, young people are the largest block of voters for the first time in 151 years, not long after Canada became a country in 1867.

Valiquette, 29, said the block of voters is made up of people between 18-37 years of age.

“We represent about 37 per cent of the electorate. That’s really exciting,” said Valiquette.

But according to data by the Parliament of Canada young people haven’t historically harnessed their power to the full extent.

It said from 1980 to 2015, Canada’s youngest voters turned out for federal general elections in numbers well below the rate of other age groups. Although significantly higher in 2015, it was still below the overall voter participation rate.

‘I will vote because’: Project at U of M encourages young voters

In Winnipeg, Future Majority said it has been working with the Canadian Federation of Students.

This fall, CFS got voters at the University of Manitoba to write why they planned to vote.

Valiquette said since 2015, the mood has shifted and he believes the 2019 election is less hopeful than it was four years ago. The group has been active on campuses across the country trying to raise awareness about the power young voters hold to make a difference.

“We actually have power if we come out and vote to change the political landscape, and hold politicians accountable on the issues we want to see change on,” Valiquette said.

He said contrary to popular myths, young people are not apathetic and are political. One example is the recent climate strike marches organized by youth.

“We talk about politics more, we go to more town hall meetings and we go to more protest than any other range group in our country,’ he said. “Our lives are political, so I think we are trying to instill that hope for Canadians to come to the polls this time around.”

The aim – have face to face conversation with young voters, to highlight important races, and show how people get elected. Valiquette said having direct conversations is what works with youth people.

The Canadian Federation of Students said it worked with Elections Canada in 2015 to launch on-campus polling as a pilot project and had 40 on campus polling stations where 70,000 people voted.

This year Elections Canada expanded the project to include 115 on campus polls this year.

As a result of the Vote on Campus initiative, 111,300 voters took part.

“We saw a drastic increase,” he said

“Students on college and university locations, on campuses could vote for either their home or school riding, which means they could go and find a piece of ID, find the IDs they need and they could vote. It was never more accessible than it was in this election.” 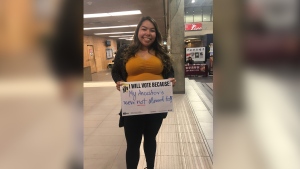 'I will vote because': Project at U of M encourages young voters