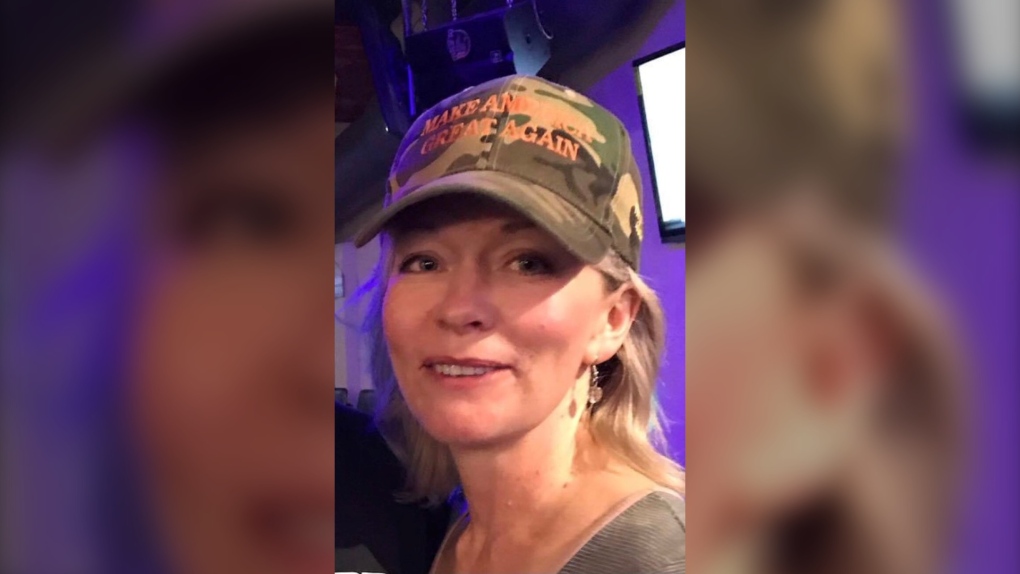 WINNIPEG -- Portage-Lisgar Member of Parliament and deputy Conservative leader Candice Bergen has condemned Donald Trump and his supporters for Wednesday’s violence in Washington but continues to face questions about why and when she wore a Make America Great Again hat.

Undated photos which appear to have started circulating on social of media after pro-Trump rioters invaded the U.S. Capitol show Bergen wearing a camouflaged MAGA hat.

The slogan and the hat became synonymous with outgoing U.S. President Trump during the 2016 presidential campaign.

CTV News Winnipeg has so far been unable to confirm the original source of the photos or when they were taken.

Bergen has yet to comment on the date of the photos or the context in which they were taken but didn’t deny being photographed wearing the hat.

“I strongly condemn the violence incited by outgoing President Trump in and around the Capitol Building on Wednesday,” Bergen said in a prepared statement, in response to questions about the hat photos. “There is no place for such actions in a peaceful democracy.

“Conservatives are calling on President Trump and his supporters to respect the will of the American people and allow for a peaceful transition of power.”

Cheryl Smith, a supporter of the Conservative Party and Bergen who lives in the Portage-Lisgar riding, hopes her MP directly addresses the photos.

“I’m a woman and I’m a parent of a young woman of colour and I feel quite passionate that silence can be seen as agreement and I can’t agree with the photo that I saw,” said Smith in a phone interview with CTV News Winnipeg.

Smith said she sees the MAGA slogan as a representation of racism and misogyny.

“I’m so disappointed that my Member of Parliament would wear a hat expressing those ideas,” said Smith.

Christopher Adams, an adjunct professor in political studies at the University of Manitoba doesn’t see the photos as a huge political issue for Bergen.

“I would say if she’s putting a hat like that on this week, people might be quite concerned,” Adams said. “The fact that she’s wearing a Republican President’s hat...I don’t think is a scandal. It’d be different if she was wearing that hat this week or next week.

“I would not put this as a reason for her to resign as the deputy leader of the opposition or to give up her seat or anything like that.”