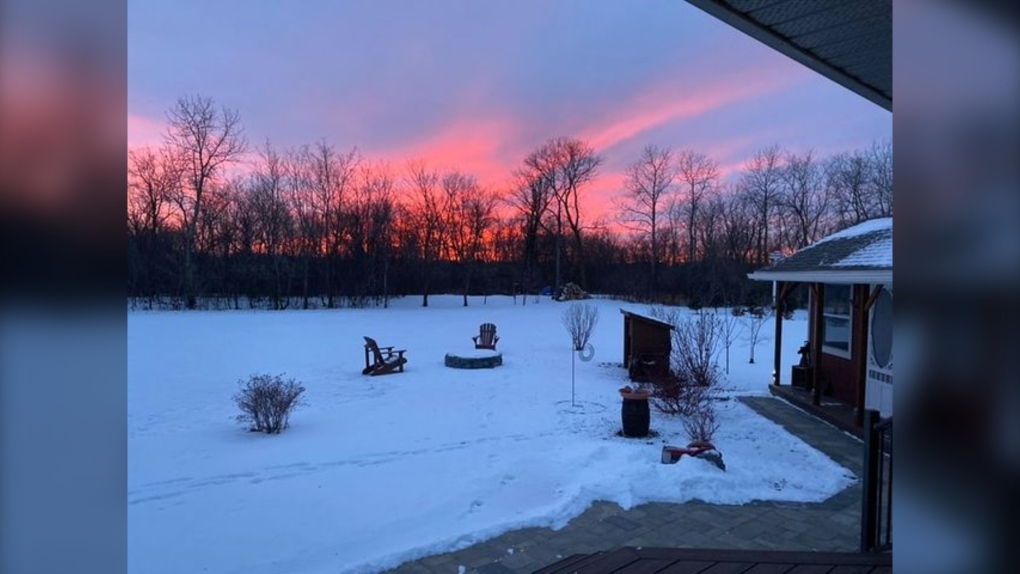 WINNIPEG -- Much of southern Manitoba is now under a winter storm warning, according to Environment Canada.

Environment Canada upgraded the winter storm watch to a warning Monday afternoon, noting residents could receive between 10-25 centimetres of snow by Wednesday evening,

According to the weather agency, a strong low-pressure system will track along the international border on Tuesday, which will bring snow and blowing snow to southern Manitoba.

It added that it expects heavy snow in the southwest part of the province starting on Tuesday morning, which will quickly spread to the east throughout the day and night.

Strong northerly winds, with gusts of 70-80 km/h will develop with this system throughout Tuesday into the night. Visibility will be reduced due to blowing snow until Wednesday afternoon.

Environment Canada said the snow and winds should ease up by Wednesday morning, and suggests that people avoid travel if possible.

The following parts of southern Manitoba are under a winter storm watch: