Stefanson has lowest approval rating among all of Canada's current premiers: poll 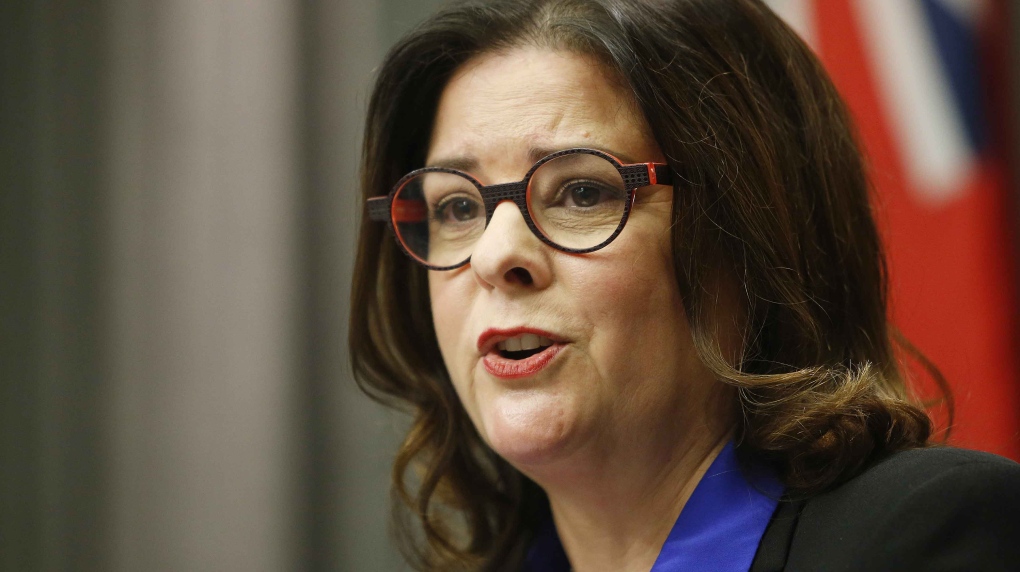 Manitoba Premier Heather Stefanson speaks to media prior to the reading of the Speech from the Throne at the Manitoba Legislature in Winnipeg, Tuesday, November 23, 2021. THE CANADIAN PRESS/John Woods

Manitoba’s Premier Heather Stefanson has the lowest approval rating among any of the current premiers across the country, according to new data.

On Monday, the Angus Reid Institute released its January 2022 premier approval ratings, which show that 21 per cent of Manitobans approve of Stefanson’s performance as premier.

In December 2020, CTV News Winnipeg reported that former premier Brian Pallister had the lowest approval rating among the Canadian premiers. At the time, however, 32 per cent of residents said they approved of Pallister, which is 10 points ahead of where Stefanson is now.

Angus Reid has also been tracking how Manitobans feel about the premiers’ handling of the COVID-19 pandemic since April 2020. The most recent numbers show that 22 per cent of Manitobans said Stefanson has done a good job of handling the pandemic, which is lower than any assessment offered to Pallister.

The numbers also show that 71 per cent of Manitobans think she’s done a poor job of handling the situations, which is a higher level of disapproval than Pallister ever received over his dealing of the pandemic.

The survey found 70 per cent of Manitobans think the province has done a poor job of making rapid tests available where they are needed; however, 75 per cent believe the province did a good job distributing and administering the COVID-19 vaccine.

To collect this information, the Angus Reid Institute conducted an online survey of 5,002 from Jan. 7 to 12, 2022. The non-profit noted that the sample size carries a margin of error of plus-minus two percentage points, 19 times out of 20.

"Canadians from coast to coast to coast are struggling, we recognize the significant impact the pandemic has had on the physical, emotional and financial health and well-being of all Manitobans," a spokesperson for Stefanson told CTV News in written statement.

"We will continue to take a balanced approach and implement targeted measures to protect Manitobans and our health system while keeping our economy open as much as possible."