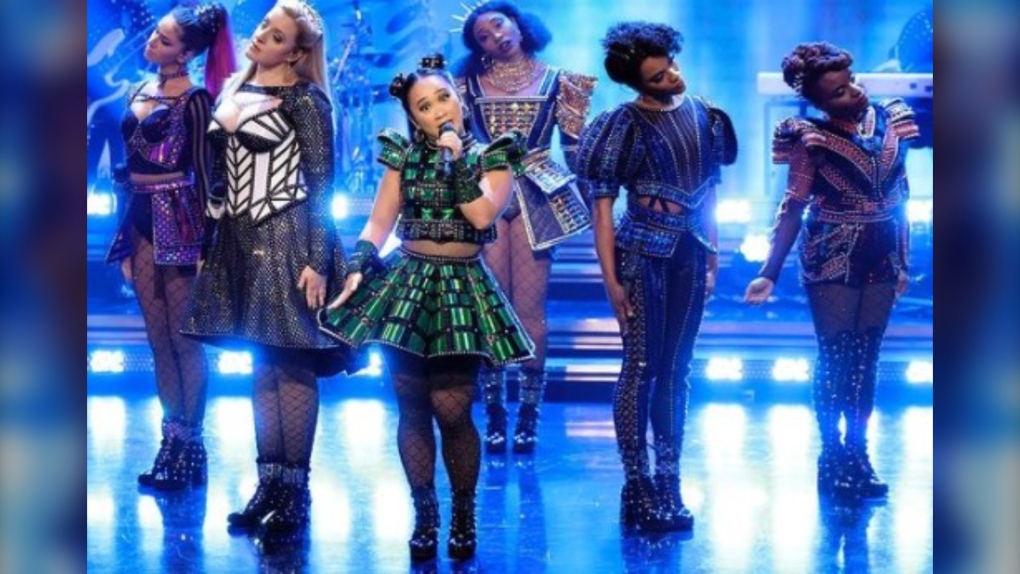 The cast of 'Six: The Musical' performing on the Tonight Show. (Source: Instagram/Andrea Macasaet)
WINNIPEG -

Andrea Macasaet, a singer and actor from Winnipeg, performed with the Cast of ‘Six: The Musical’ on the late-night show.

The Broadway musical has been closed due to the pandemic, but will be back in action this month, with the cast promoting the show during their television appearance last night.

Macasaet, who portrays the role of Anne Boleyn in the musical, posted a video of the performance on Facebook, saying, “Still pinching myself.”

A full video of the performance can be found online.