The new mural adding colour to a Winnipeg tunnel 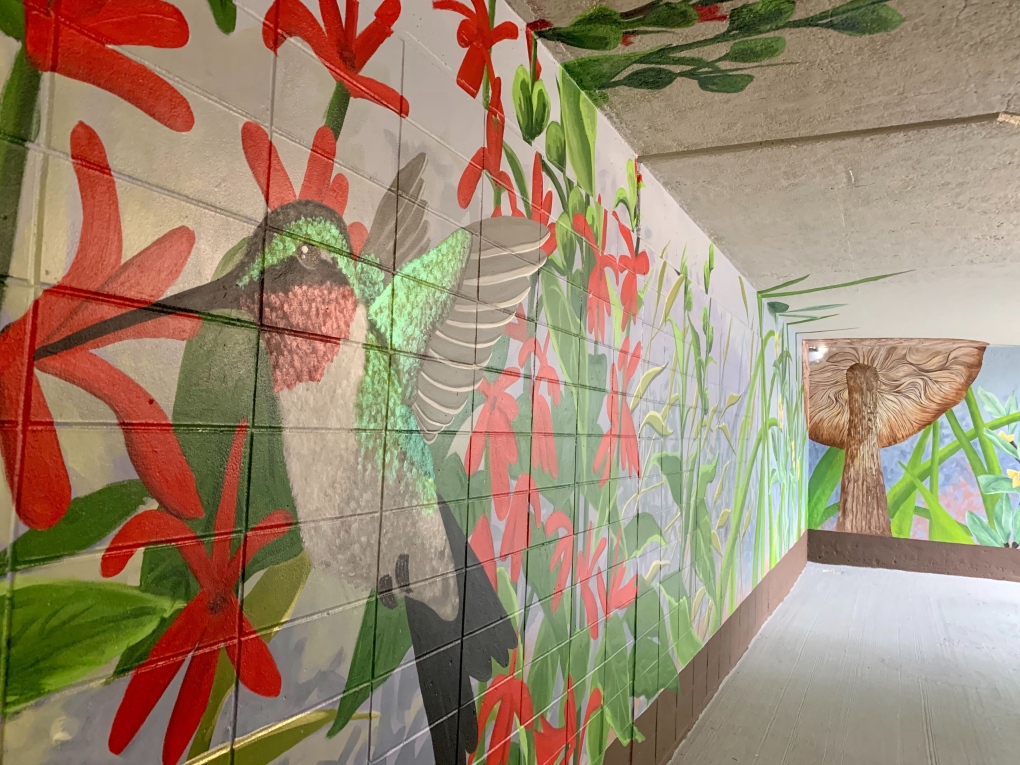 A splash of colour now lines the walls of a pedestrian tunnel in Winnipeg.

Take Pride Winnipeg officially unveiled a two-sided mural in the Fermor Tunnel on Thursday. The tunnel, which connects the St. Vital YMCA and the St. Vital Library, was modernized in 2020. 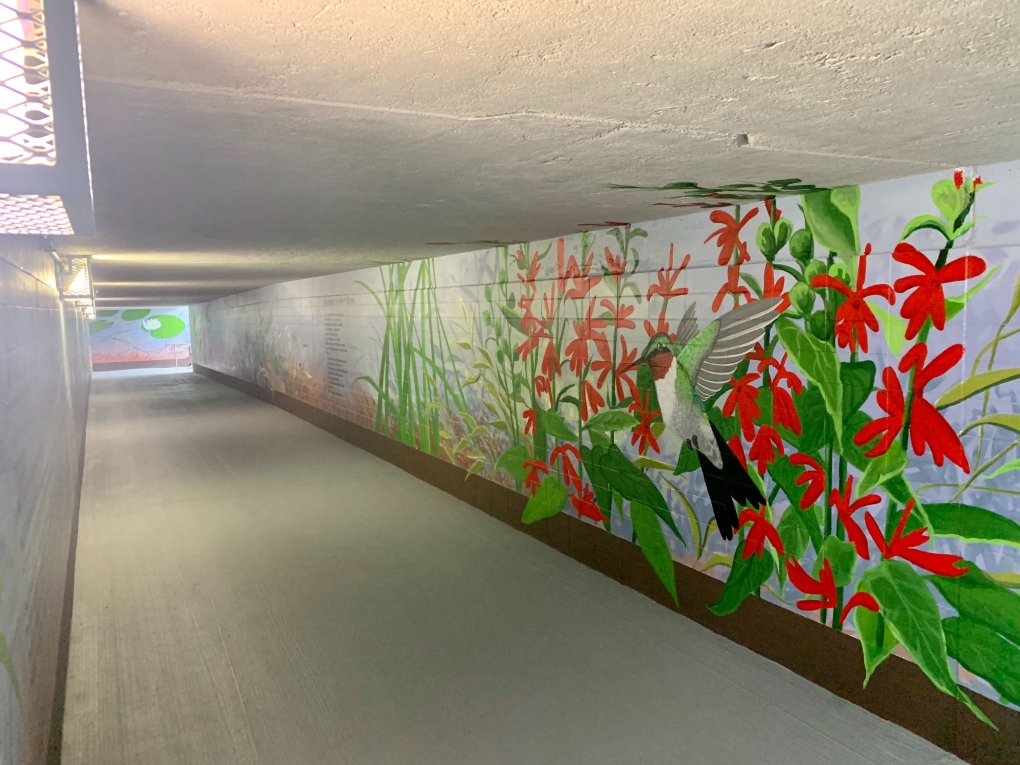 Artist and knowledge keeper Jeannie Whitebird and Manitoba artist Mandy van Leeuwen led the work. In addition, several students from Glenlawn Collegiate were involved in the creation of the art, which measures 120 feet.

“We’re in a time, where we all need that extra love and support, in whatever way that we can get it, in an unconditional loving way,” Whitebird said.

The mural features large drawings of plants that are used as medicines by Indigenous healers, along with animals including the hummingbird, the dragonfly, and the painted turtle. 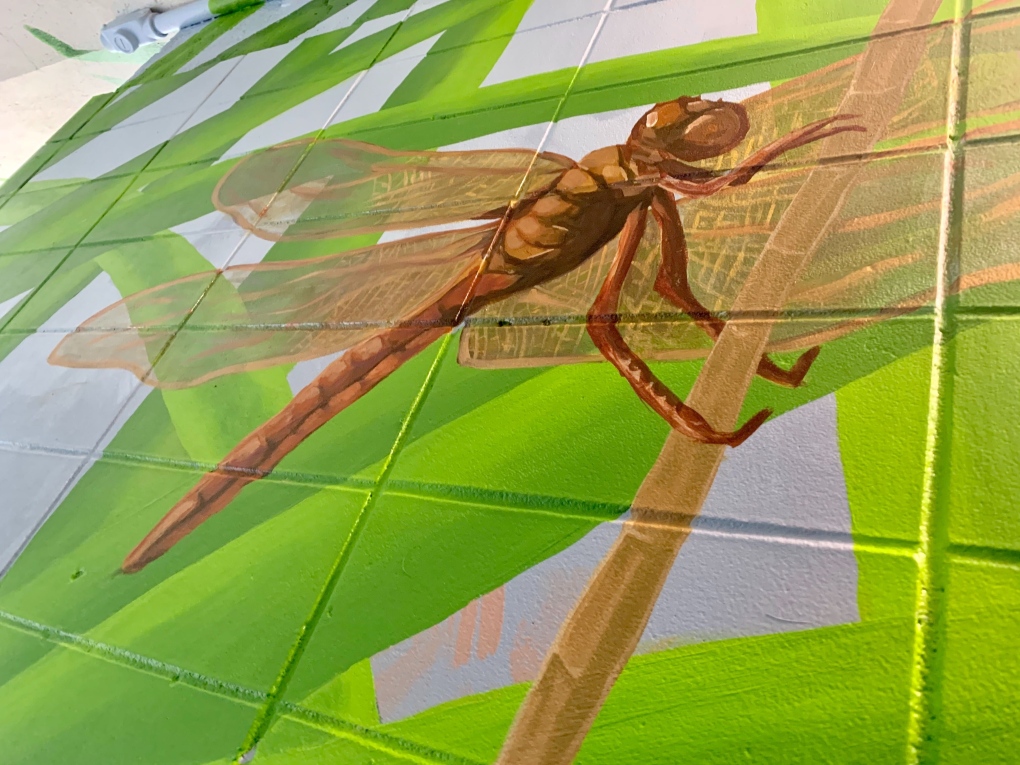 “In order for these beautiful projects to happen, when the topic is Indigenous topics or Indigenous themes, there has to be a First Nations person at the table,” said Whitebird.

The mural was originally going to be painted last year, van Leeuwen said, but the work was cancelled due to the COVID-19 pandemic and related public health orders.

“It gave us the time to reflect on how we could make it better for the year to come,” she said.

Last fall, modernization work on the tunnel was completed at a cost of $300,000, funded by the City of Winnipeg. 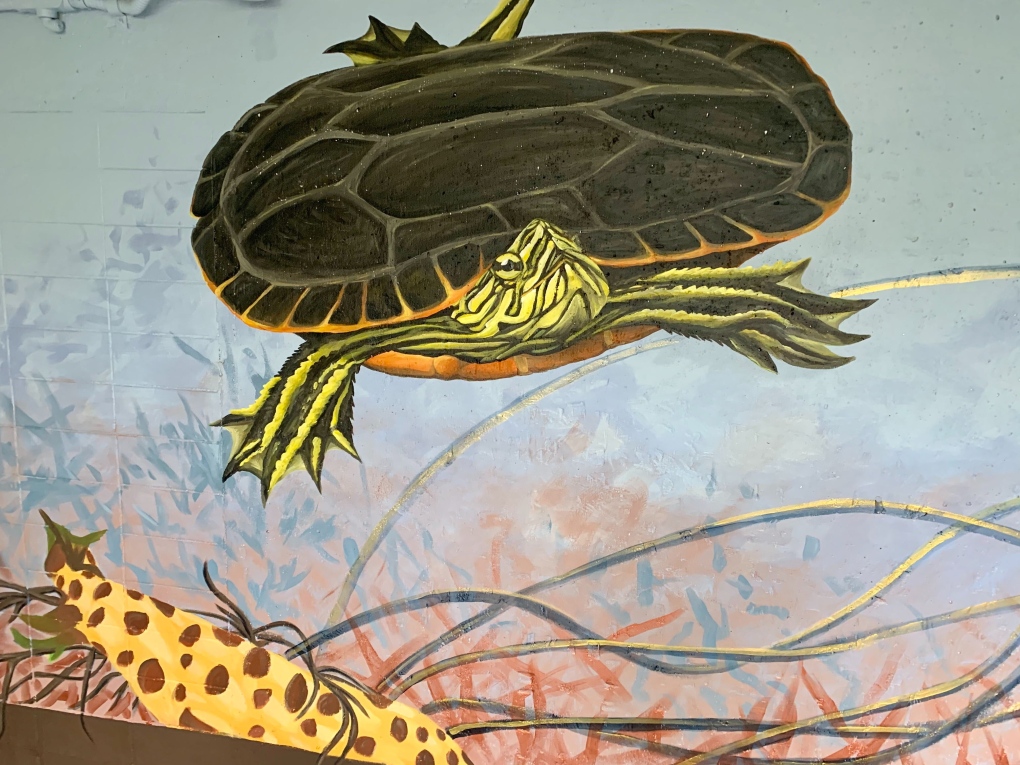 A portion of the mural at the Fermor Street pedestrian tunnel. (CTV News Photo Scott Andersson)