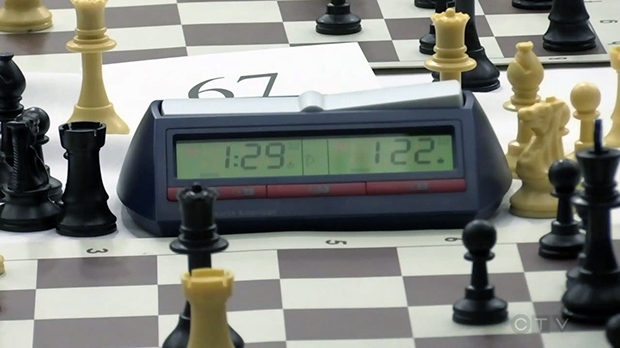 WINNIPEG -- A popular Netflix show has catapulted a classic game back into the spotlight.

‘The Queen’s Gambit’ is a show focused on a young woman who is a chess prodigy. It has inspired people to take lessons, pull old boards out of their closets, and create openings for new tournaments to be held.

The University of Winnipeg is putting its own virtual spin on things. It hosted ‘Dr. Currie’s Gambit’ this week with finals taking place Friday afternoon.

A total of 44 players, including students, staff, and faculty, competed online for the chance to play the ultimate game against Dr. James Currie.

Currie is the university’s interim president and vice-chancellor. The university said Currie also happens to be one of Manitoba’s top-ranked chess players.

According to the university’s Facebook page, Andriy Zayarnyuk from the history department won the tournament, followed by Currie, and student Sashika Kumaragamage.

Winners of the preliminary competitions will receive gift cards.