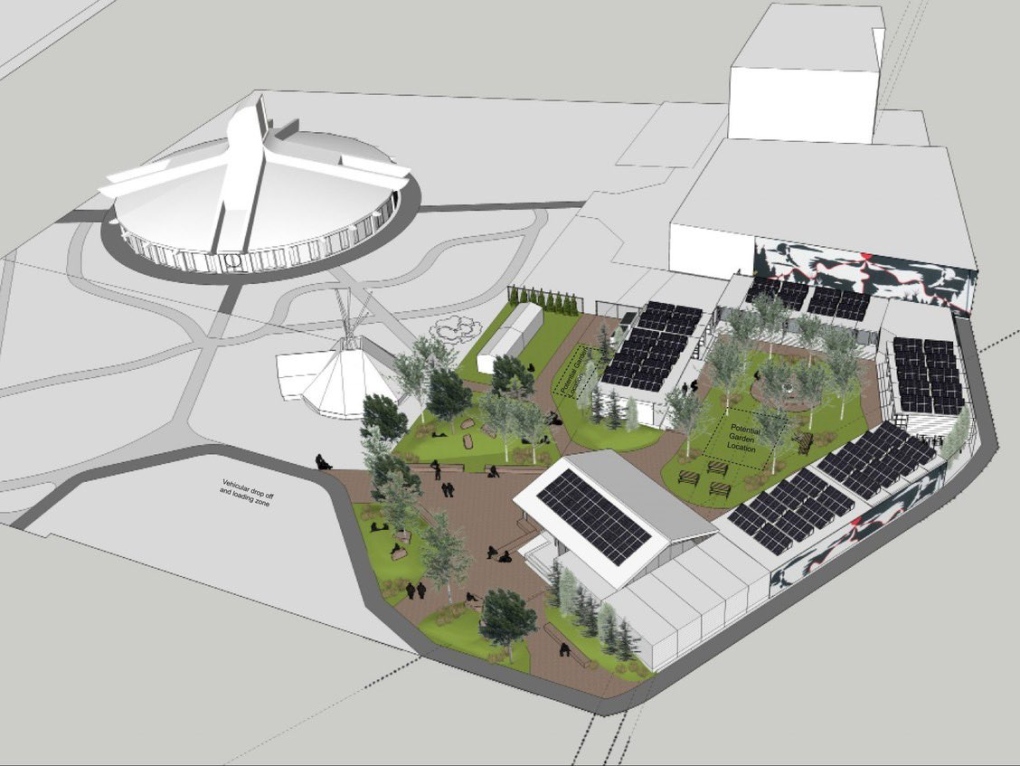 The Village Project plans to offer 22 units near Thunderbird House.

WINNIPEG -- A collection of local organizations is coming together to create an innovative housing development downtown for Winnipeg's homeless population that organizers hope will be a model for the rest of Canada.

The Village Project is a 22-unit communal housing development made from shipping containers.

The plan is to build the complex on a plot of land behind Thunderbird House on Main Street.

"There will be a communal lodge on-site, a garden outside and an outdoor area. People can be living together like a community or a family," said Lissie Rappaport, manager of housing supply at End Homelessness Winnipeg on Saturday.

The complex will focus on providing shelter to Indigenous Manitobans experiencing homelessness, a demographic that makes up roughly 80 per cent of the city's homeless population.

"The idea actually came from people experiencing unsheltered homelessness and often living in encampments who said they wanted a small private space and not a typical one-bedroom apartment," Rappaport said.

End Homelessness Winnipeg said the project is being expedited since COVID-19 and the extreme cold are making the city's homeless population even more vulnerable.

On Tuesday, an explosion at a homeless camp on Higgins Avenue left one person dead.

The Village Project is being run by seven Indigenous organizations, including Ma Mawi Wi Chi Itata Centre and Thunderbird House.

The organizations plan to work together to provide 24/7 supports and serve the residents' spiritual needs.

Ward Councillor Vivian Santos said the land for the project has already been re-zoned to allow for multifamily housing.

She said the project is much needed.

"Twenty-two homes is definitely not enough," said Santos. "We need more and if this is, and I hope to be successful, I would like to look at another phase."

That second phase would likely go on Higgins Avenue, where a tent encampment is located, according to Santos.

There are about 1,500 homeless individuals in Winnipeg, according to the last city census, said the councillor.

The Village Project could break ground as soon as March and be finished by June.

The project has already received $2.7 million dollars in federal funding. It needs another $3.2 million from the feds, which End Homelessness Winnipeg said will hopefully be secured by the end of February.

The partners involved in the project hope it will inspire other communities across Canada.

"We hope there will be more or more similar to it, both in Winnipeg and really across the country," said Rappaport. "We think this is going to be an innovative model that the rest of Canada will be looking at."