These Winnipeggers are using Halloween haunts to help charity

With Halloween fast approaching, Winnipeggers across the city are putting up their spookiest decorations. In River Park South, some residents are using their Halloween haunts to raise money for charity.

For Chris Okell, what started as a Halloween family tradition has grown into something much larger -- about 800 pounds to be exact.

Okell's annual giant pumpkin display on Baisinger Drive has raised thousands of dollars for cancer research in honour of his late mother, Marietta.

The display is a community effort, with local farmers growing and donating the special Atlantic Giant pumpkins that can grow to almost a thousand pounds.

"They start them early in the spring. They'll get the seed growing and once it's going, they'll put it outside and watch it, see which ones are going to be good and cut off the bad ones and then from there it's whatever secrets they have," explained Okell. 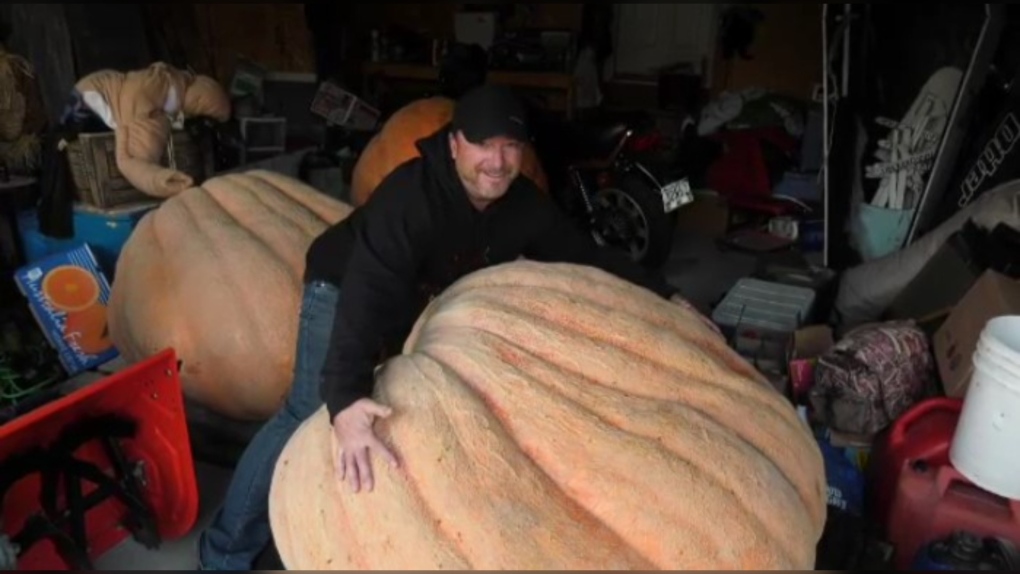 But for Okell, it's not about growing the largest pumpkin; it's all about raising cheer and money for charity.

"Even if it's just a smile, you know, they have that little glimpse of seeing the pumpkins and what someone is doing, then I'll keep doing it."

Okell isn't the only River Park South resident using the holiday to spread some good.

A few blocks over on Highbury Road, Andrew Royal is creating a much spookier display to collect item donations bound for Siloam Mission.

"It's something we always donated to, so over the last few years, we've been taking donations," said Royal. 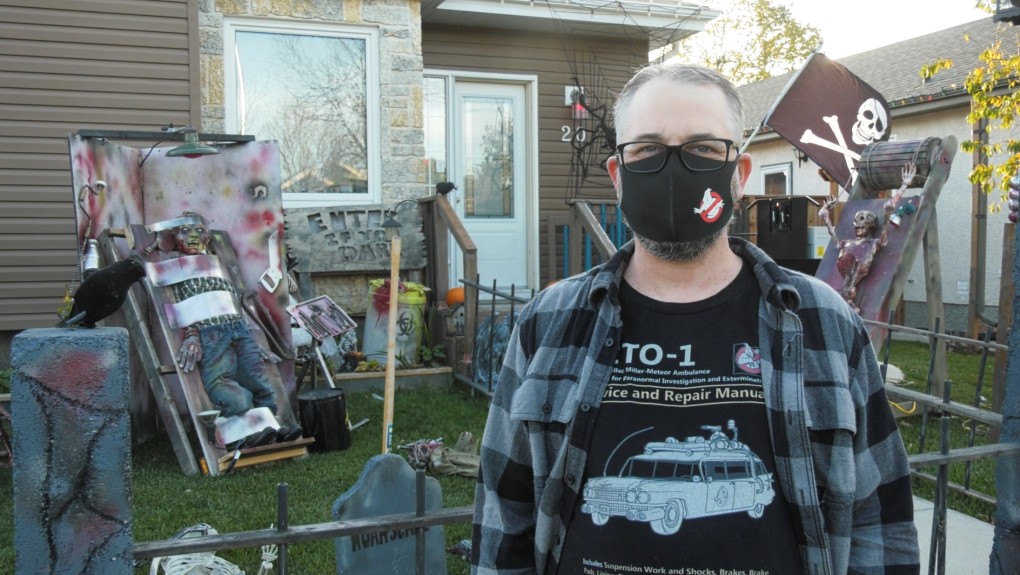 And like Okell, Royal's reward for the display is seeing people's smiles and knowing he's helping a worthy cause.

"You kind of get a double whammy there," added royal, "You get to share your favourite holiday and you get to give back and it's always something special."

Three cul-de-sacs over from royal, the Giroux family is collecting food donations for Harvest Manitoba.

"It's been growing with posting it on Facebook," she said. "The community really starts to know who we are."

"We grew from, I think, sixty pounds in the beginning to two years ago before COVID-19 to 350 pounds last time."

Giroux said she's looking to beat that record this year. 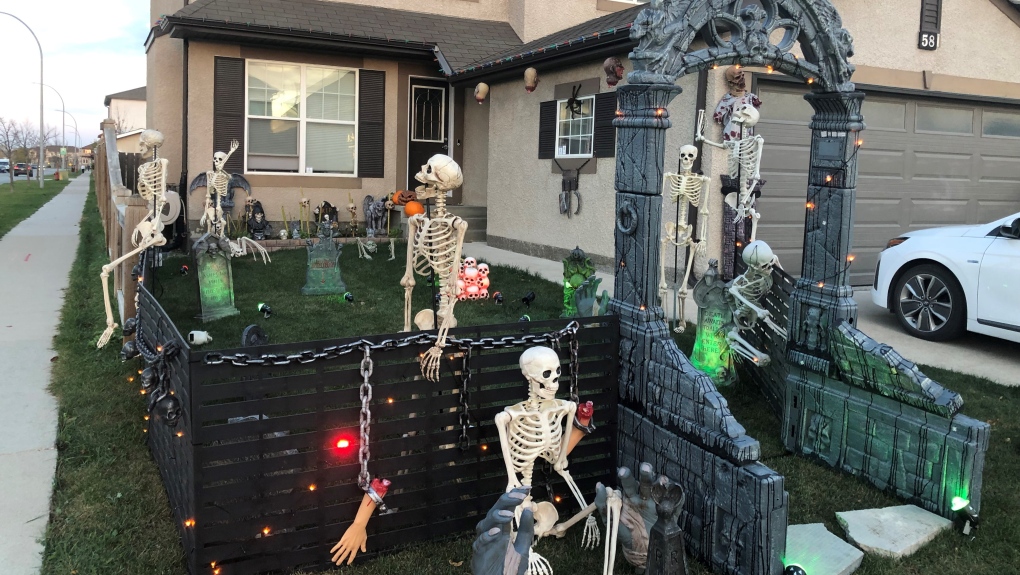 "It is the most important thing for us. [Harvest Manitoba] is a huge factor, and it needs our help."

Giroux said getting to dress up and have fun come Oct. 31, already makes Halloween the best holiday, let alone all the donations.