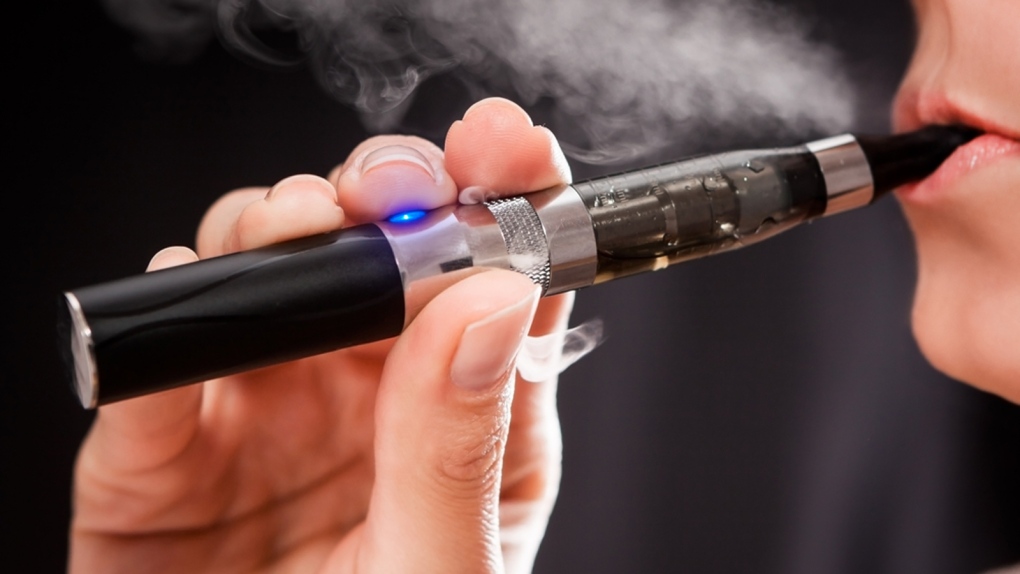 Right now, Manitoba restaurants and bars make their own guidelines when it comes to indoor e-cigarette use. (file image).

Earlier this year, the Manitoba Legislature introduced a proposed change to Bill 30 that would see restrictions in place for e-cigarettes and vapour products.

The legislation would prohibit the sale of e-cigarettes to minors, restrict product advertising and promotion and ban their use in most indoor places.

“It's a really good step in the right direction," said Tracy Fehr, Tobacco Reduction Coordinator at the Manitoba Lung Association. “What we would like to see at some point for it to go a bit further.”

At a special committee meeting with the province on Wednesday, the Manitoba Lung Association called for four changes to the bill that would make tighter restrictions:

The proposed amendments come with a mixed reaction from Winnipeg business owners.

“I think it's important that people can have a place where they can vape indoors,” said Daniel Lofchick, co-owner of Cold Turkey vape shop. At his store, e-cigarette users can enter and take a puff, free of judgement.

Lofichuk said he doesn’t think restrictions are unreasonable in other public spaces, but that it doesn’t make sense to apply the ban to a vape shop.

Right now, restaurants and bars make their own guidelines when it comes to indoor e-cigarette use.

Employees at the Black Rabbit Bistro Lounge in Osborne Village have a soft policy to treat e-cig use how cigarette use would be treated.

However, staff said they would welcome a law that cleared up any confusion for guests.

“It would just make it a little more hard lined for everyone to have the same regulations for all the restaurants,” said the restaurant’s daytime supervisor, Jordan Cayer.

The Manitoba Hotels Association also supports a ban on indoor vaping. President Jim Baker spoke at the meeting, and said allowing e-cigs at bars would be a step back in time.

“Eleven years ago, that’s when smoking bans came about, and it was quite a change for our members and restaurants. (Since then) adaption has happened and the operators don’t want to go back,” said Baker.

Another meeting on e-cigarette legislation is planned for Monday at the legislature. The province hopes to finalize changes to the bill this year.