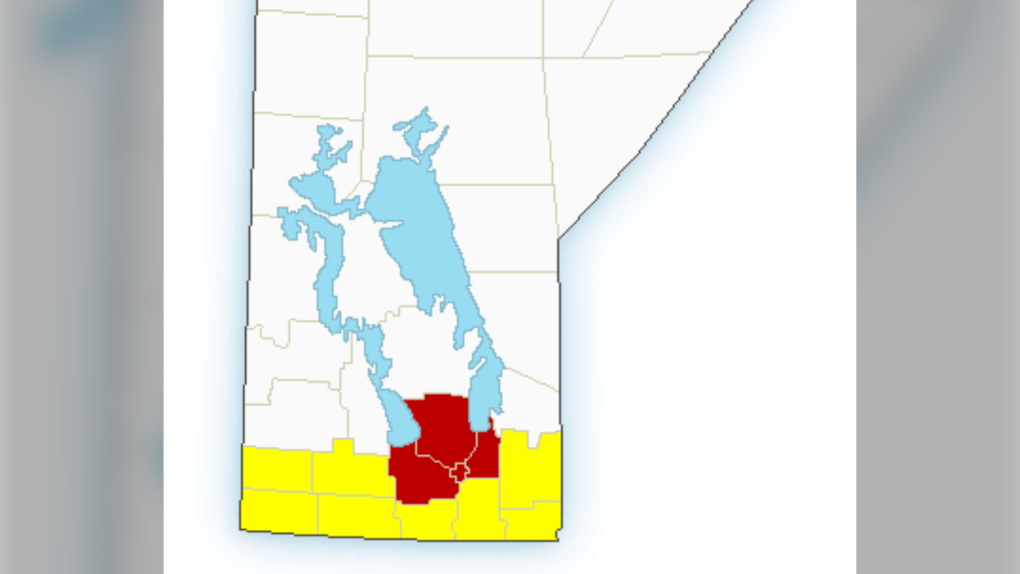 Severe thunderstorm warnings (pictured in red) were issued in Manitoba on Monday, Aug. 15, 2022. The warnings were lifted before 9 p.m. (Source: Environment and Climate Change Canada)

Monday evening saw warnings of tornadoes and severe thunderstorms from Environment and Climate Change Canada (ECCC). In the warnings, ECCC said meteorologists were tracking a severe thunderstorm that was possibly producing a tornado, along with damaging winds, large hail and locally intense rainfall.

In its warnings, ECCC said there had been reports of baseball-sized hail as the storm moved across the province to the southeast.

As of just before 9 p.m., all the severe thunderstorm warnings were downgraded to watches which remained in the southeastern corner of the province late Monday night.

Did vaccines make a difference? Study looks at rates of severe illness from COVID-19

A study of 1.6 million U.S. patients has found that COVID-19 vaccines and boosters lead to low rates of severe illness and death.

Uvalde's school district on Friday pulled its embattled campus police force off the job following a wave of new outrage over the hiring of a former state trooper who was part of the hesitant law enforcement response during the May shooting at Robb Elementary School.

The Toronto Blue Jays take on the Seattle Mariners Friday in Game 1 of the AL wild-card series at Rogers Centre this weekend. CTVNewsToronto.ca will have live updates throughout the game.

Nike has suspended its partnership with and paused support for Hockey Canada as the sports organization faces increasing pressure to handle alleged sexual assaults.

Health Canada says some manufacturers of kids' pain and fever medications are now operating "at double or triple their normal volumes" in an effort to address a months-long shortage.