Manitoba's tourism industry is booming as the pandemic ends and people start to travel more, but we're also seeing more Manitobans leaving our province on vacation as the "return to normal" continues.

The staycation trend -- popularized during the pandemic -- seems to be staying. Judy McIver has been travelling all over Manitoba this summer, "We were at Blue Lake campground last week. We've been up to Birds Hill, out to Henasa campground. So we've done lots of camping this year."

Heading to a cabin near Gimli in a few weeks, Noel & Jordan Dyck are among many Manitobans exploring their own province.

"We just haven't had a chance to get away with all of my siblings so my mom thought it would be a good idea rent a cabin up there and bring at the kids with," said Jordan.

Also fuelling local tourism are the return of events like the Icelandic festival in Gimli and the Manitoba Stampede in Morris. Brian Wiebe, president of the Valley Agricultural Society, said the stampede was very popular. "I’ve been speaking with business owners all weekend, they have been swamped. The restaurants, the hotels. To the best of my knowledge, this has been decades since we’ve had every single hotel room in town booked solid." 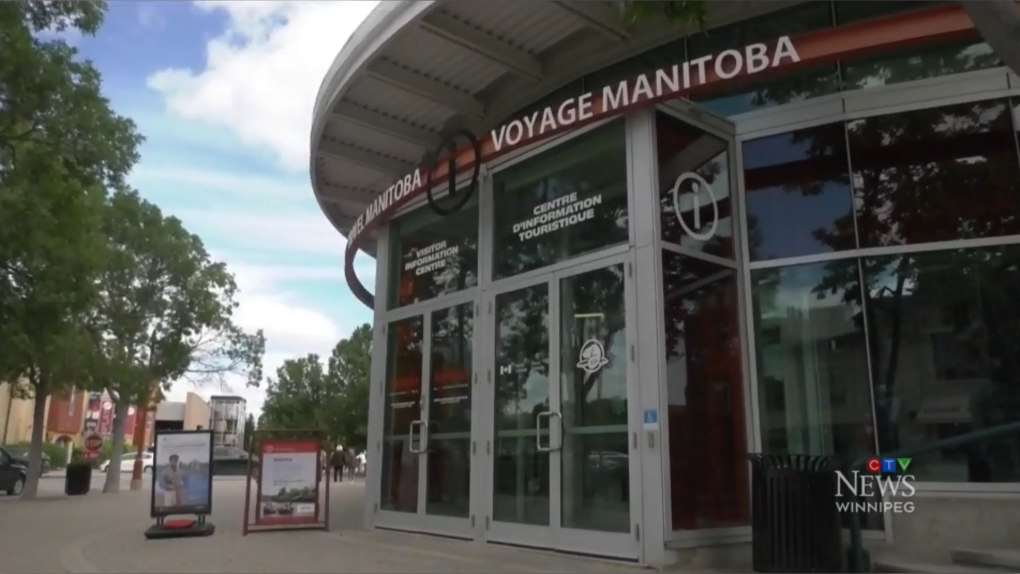 But Manitobans aren't just sticking close to home. The Winnipeg Airports Authority (WAA) says many people are also travelling across the country.

More than 775,000 people travelled through the Winnipeg airport between April and June, according to the WAA. That's only 71 per cent of pre-pandemic numbers for the same period three years ago, but communications manager Michel Rosset says it is a 569 per cent increase over last year.

"We know a lot of people are travelling domestically, he said, "People are visiting those family and friends and places across the country where they might not have been able to visit in the last two and a half or three years."

The increase in domestic travel is also bringing tourists to Winnipeg. The out of towners -- like Meagan Levay who came from Alberta to visit family -- also bring with them a boost in business for hotels, restaurants and gas stations.

"We were at Lake Winnipeg yesterday," said Levay. "Eric has a sail boat so we enjoyed a nice day out there then we are just hanging out today and then go out for dinner later."

'We shouldn't have to push people': Most provinces have not made Sept. 30 a stat

23 people taken to hospital after workplace exposure to hydrochloric acid in St. Catharines

A total of 23 people have been taken to hospital in St. Catharines following a hazardous workplace incident on Tuesday.

Can I book my COVID-19 bivalent booster that targets Omicron? Where each province, territory stands

Canadian employers are anticipating the highest salary increase in two decades as they try to balance inflationary pressures, surging interest rates, recession risks and a tight labour market, a new survey has found.