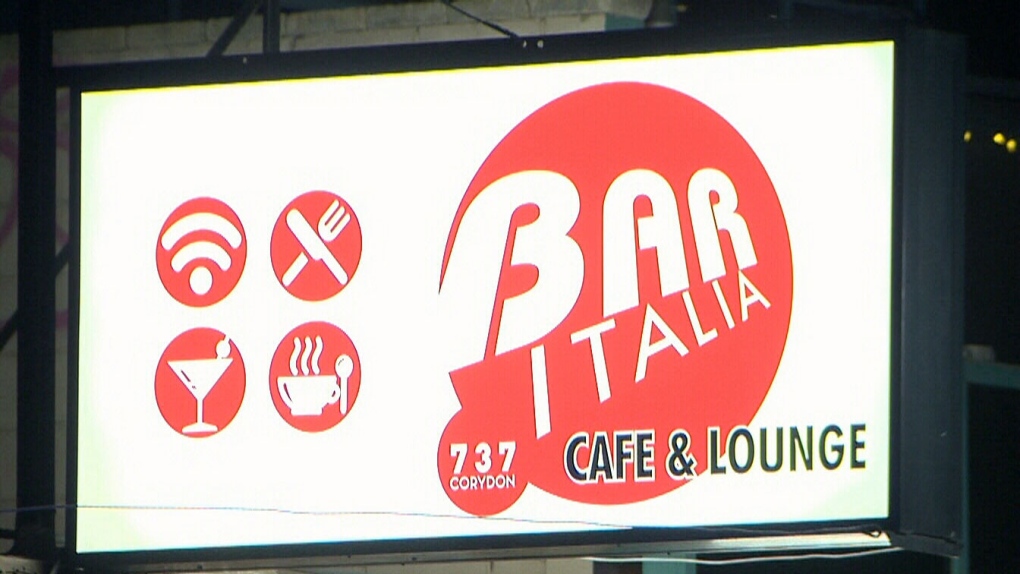 Police said no one injured after shooting outside of Bar Italia around 1 a.m. Saturday (file image)
WINNIPEG -

Two people have been arrested and charged following a shooting outside Bar Italia over the weekend.

Winnipeg police had been called to Bar Italia on Corydon Avenue around 1:15 a.m. on Saturday.

Police believe one of the two people, after being denied entry into the bar, pulled out a concealed gun and began shooting into the bar and at people running away. Police previously reported at least six shots were fired.

No one was injured in the shooting, and police said two men, a 21-year-old and a 17-year old, were taken into custody.

The two people are facing firearm-related charges and have been detained in custody. The charges have not been proven in court.