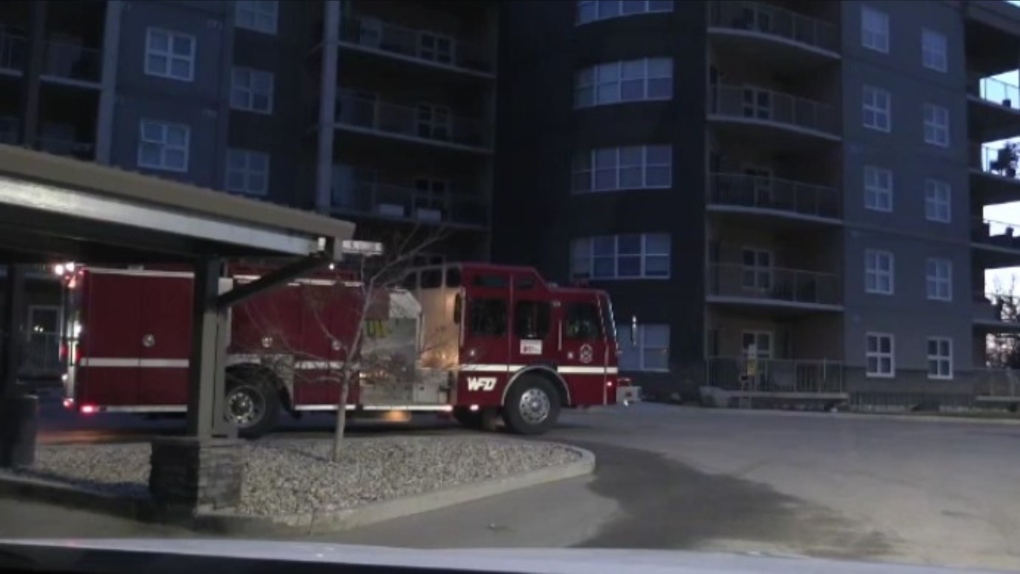 The first fire took place at a five-storey apartment building in the 100 block of Creek Bend Road.

WINNIPEG -- A Winnipeg apartment building sustained “significant” smoke and water damage during an overnight fire on Monday, according to the City of Winnipeg.

Crews with the Winnipeg Fire Paramedic Service were called to the fire at a five-storey building in the 100 block of Creek Bend Road just after 1:40 a.m.

When firefighters got to the scene, they found smoke and flames coming from the building.

The city noted the sprinkler system was activated, and crews extinguished the fire just after 2:20 a.m.

Paramedics treated one person at the scene, but they did not have to go to the hospital. The evacuated residents used Winnipeg Transit buses as temporary shelters.

Shortly after the call for the apartment fire, crews went to another fire at a house in the 1600 block of Ross Avenue West at around 2:10 a.m.

Crews attacked the flames and the fire was extinguished by 2:30 a.m.

No one was inside the home at the time of the fire and no one was hurt.

According to the City of Winnipeg, the causes of both fires are being investigated and there are no damage estimates at this time.