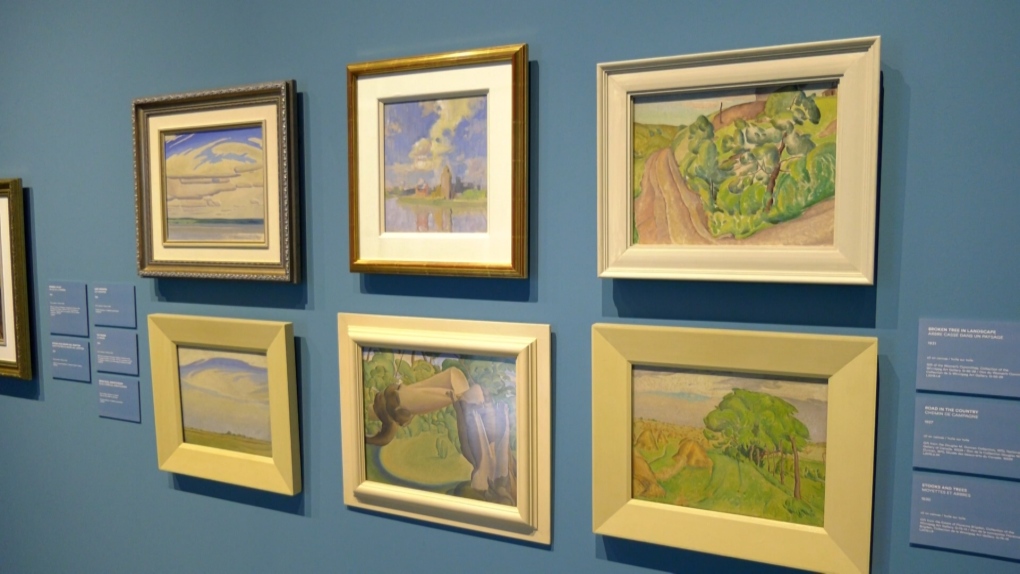 A portion of the exhibit Into the Light: Lionel LeMoine FitzGerald,currently on display at the Winnipeg Art Gallery.

WINNIPEG -- The Winnipeg Art Gallery is now featuring a new exhibit which is celebrating a Winnipeg artist who was a member of the Group of Seven.

The Group of Seven was a group of Canadian landscape painters that formed in 1920 and lasted until 1933. Lionel LeMoine FitzGerald joined the group in 1932 and was the only western member of the group.

The new exhibit features over 200 pieces of art that show off FitzGerald's prairie scenes and his St. James neighbourhood in Winnipeg.

“Manitobans should be proud of the caliber, range, and quality of FitzGerald’s work. Few artists influence their environment as much as it influences them, and FitzGerald is a prime example. Into the Light is a chance to discover Manitoba’s member of the Group of Seven and offers a calming escape from the current pandemic, now that the Gallery is open with new safety protocols. We thank our partners at the McMichael Canadian Art Collection and lead sponsors Canada Life and Power Corporation of Canada for making this celebratory exhibition possible,” said Dr. Stephen Borys, the director and CEO of the Winnipeg Art Gallery, in a news release.

The exhibit is in partnership with the McMichael Canadian Art Collection and was unveiled last month when the WAG reopened.

The exhibit will run until Sept. 7.