WINNIPEG -- Two Winnipeggers are calling for changes in dog-daycare industry standards across Canada after their two dogs were killed by another dog at a daycare.

Andreina and Keith Holliday were on their way to pick up their two dogs – Tango and Rocky – from Pooches Playhouse on May 7 when they received a call from the dog-daycare’s owner. They say they were only told Rocky was having a medical emergency.

Andreina said after multiple calls, they found out Rocky had been taken to a 24/7 emergency veterinarian. As they were going to get Rocky, they received another call from Pooches Playhouse.

"That is when they told us that Tango was also attacked," Andreina said. "Keith immediately asked if he was alive, and he wasn't. It was horrific."

She said they found out later that Rocky also died.

While they are still trying to piece together exactly what happened, Andreina said they were told another dog had attacked both Tango and Rocky.

"It was definitely very shocking – it is a horrific way, not only for them to die that way, but for us to find out as well," she said. 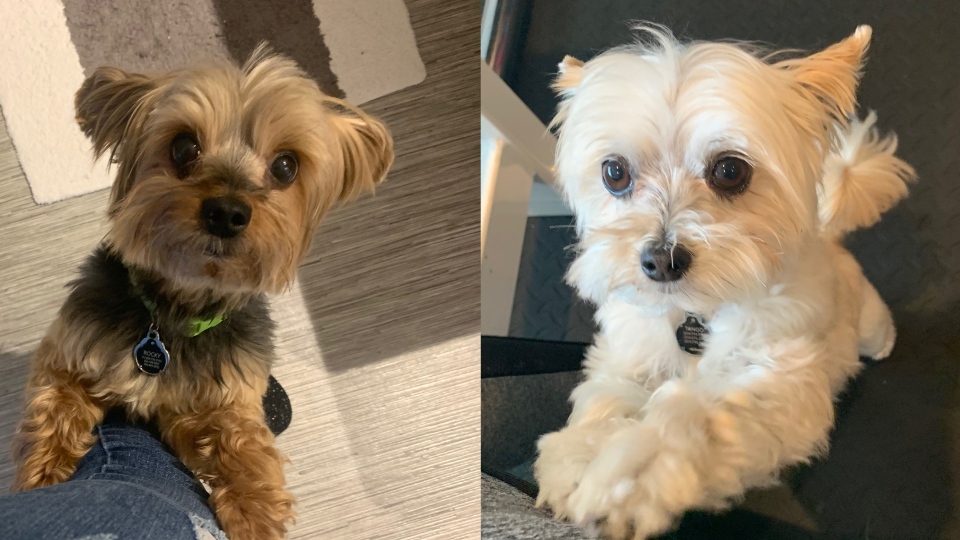 Tango (right) and Rocky (left) were killed in a dog attack during a stay at a Winnipeg dog daycare on May 7, 2021. (Submitted: Andreina Holliday)

In a statement to CTV News, Pooches Playhouse confirmed the two dogs had died.

"This tragedy will have a long-lasting impact on our staff, guests, and the beloved dogs we have in our care and company every day," the statement reads. "In the 8 years we have been in business we have never experienced anything like this, and everyone was traumatized by this heartbreaking loss."

In the aftermath of the attack, Andreina and Keith want to see changes – both at Pooches Playhouse and in the dog-daycare industry across Canada.

"This is such a tough situation to deal with. There is nothing you can do – you can't bring them back. We understand that," Keith said.

"To us, (Tango and Rocky) were our heroes, and we really feel like they can be the heroes for a lot of little puppies all across Canada with some changes."

The two are calling for new regulations and minimum standards in the dog-daycare industry.

"We hope that we can honour their lives and raise awareness so that other people don't have to go through it," Andreina said.

"We are all trying to reflect and that is our hope – that every daycare does try to reflect on this experience, and dog-owners as well, so that changes are made."

Pooches Playhouse told CTV News it is reviewing its protocols, and said dogs are always supervised while in care.

"We welcome regulations and an oversight model that would standardize safety protocols and determine and guidelines and offer consumers more security and trust in the companies operating under this oversight," the dog-daycare said.