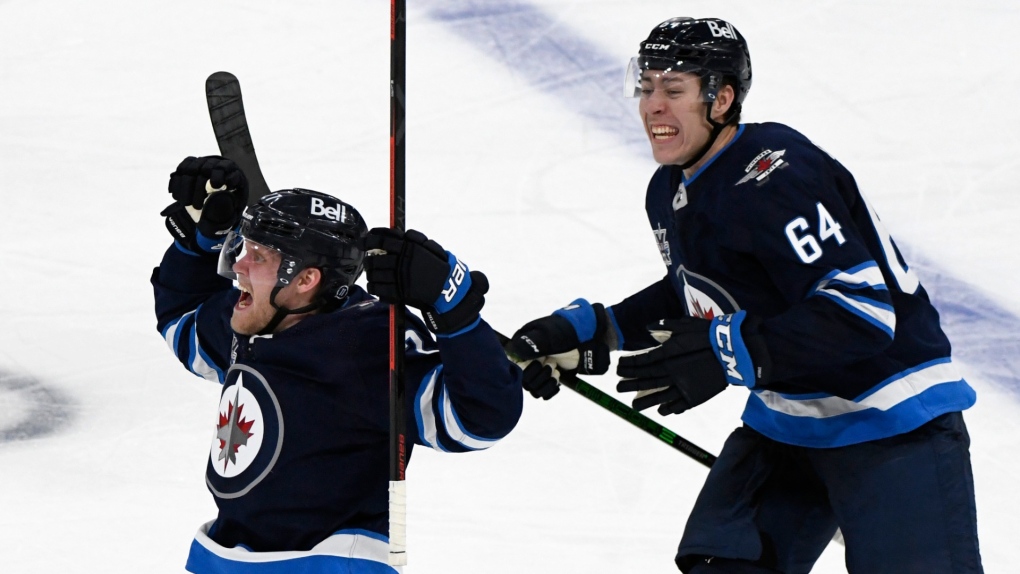 Winnipeg Jets' Nikolaj Ehlers (27) celebrates his game-winning goal with teammate Logan Stanley (64) in the first overtime period during NHL Stanley Cup playoff action against the Edmonton Oilers, in Winnipeg on Sunday, May 23, 2021. (THE CANADIAN PRESS/Fred Greenslade)

WINNIPEG -- While hockey season is still a few months away and the Winnipeg Jets have plenty to do before the new season, the Expansion and NHL Drafts to name a few, now fans at least know when their team will hit the ice again.

The Jets released their schedule for the 2021-22 NHL pre-season Tuesday.

The pre-season will get underway at home against the Senators on Sept. 26, followed by another home date against Edmonton on Sept. 29.

The team will then hit the road for a pair of games on Oct. 2 and 3 in Edmonton and Vancouver respectively.

The pre-season will then wrap up with a home-and-home with the Flames on Oct. 6 and 8, starting in Winnipeg and ending in Calgary.

All games in Winnipeg will start at 7 p.m., while the road games in Edmonton and Vancouver start and 6 p.m., and the game in Calgary is a late start at 8 p.m.