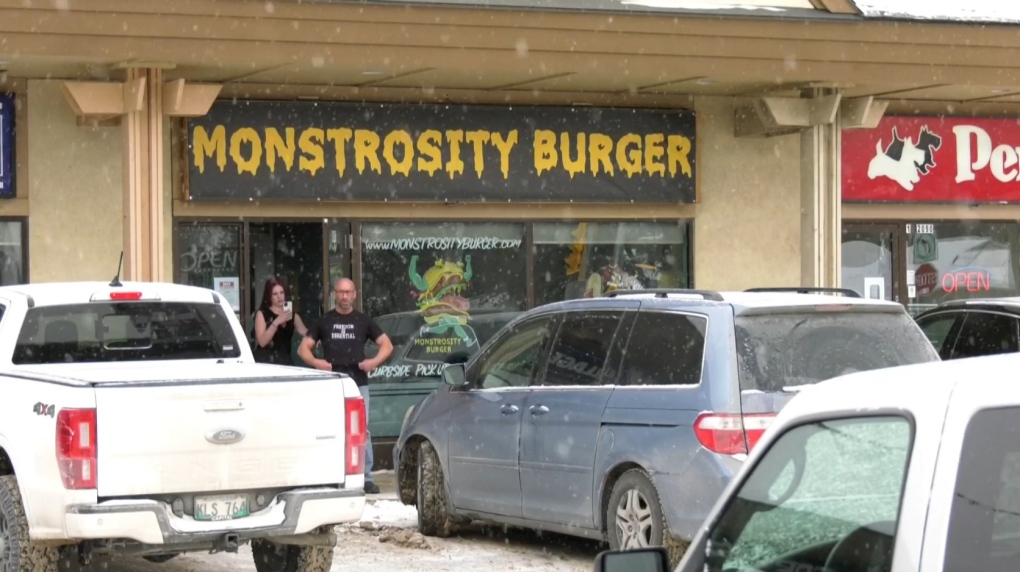 One Winnipeg restaurant is facing a maximum penalty of $1 million for violating public health orders.

In Manitoba’s latest enforcement update released on Wednesday, it says the company operating as Tuxedo Village Family Restaurant and Monstrosity Burger is facing 12 public health order charges. The courts will determine the fine amount, which could be as high as $1 million.

When asked by CTV News Winnipeg for comment on the charges, the owners of Monstrosity Burger declined, saying, “We don't talk to fake news organizations that spread fear and propaganda but thanks anyways.”

Back in September, the province closed the restaurant to in-person dining after it was fined $40,000 for defying public health restrictions.

Manitoba’s latest enforcement update also shows that between Jan. 17 and 23, officials handed 36 other tickets to Manitobans breaking the rules. This includes one ticket for $1,296 and 35 tickets for $298 to people not wearing masks in public places.

The province’s data shows that 97 per cent of tickets were given out in the Southern Health Region, while three per cent were handed out in Winnipeg.

During this week, officials completed 1,800 inspections.

Thunderstorms kill at least 5, knock out power in parts of Ont., Que.

As the May long weekend kicked off, a massive thunderstorm in southern Ontario and Quebec brought strong wind gusts that knocked down trees, took out power and left at least five people dead.

Russia pressed its offensive in Ukraine's eastern Donbas region Sunday as Poland's president traveled to Kyiv to support the country's Western aspirations and became the first foreign leader to address the Ukrainian parliament since the start of the war.

Biden says monkeypox cases something to 'be concerned about'

U.S. President Joe Biden said Sunday that recent cases of monkeypox that have been identified in Europe and the United States were something 'to be concerned about.'

Australians awoke on Sunday to a new prime minister in Anthony Albanese, the centre-left Labor Party leader whose ascension to the nation's top job from being raised in social housing by a single mother on a disability pension was said to reflect the country's changed fabric.

Croatian police opened fire with live ammunition during clashes on a highway with hundreds of soccer fans returning from a match in the capital, authorities said. Two fans and about a dozen police officers were injured.