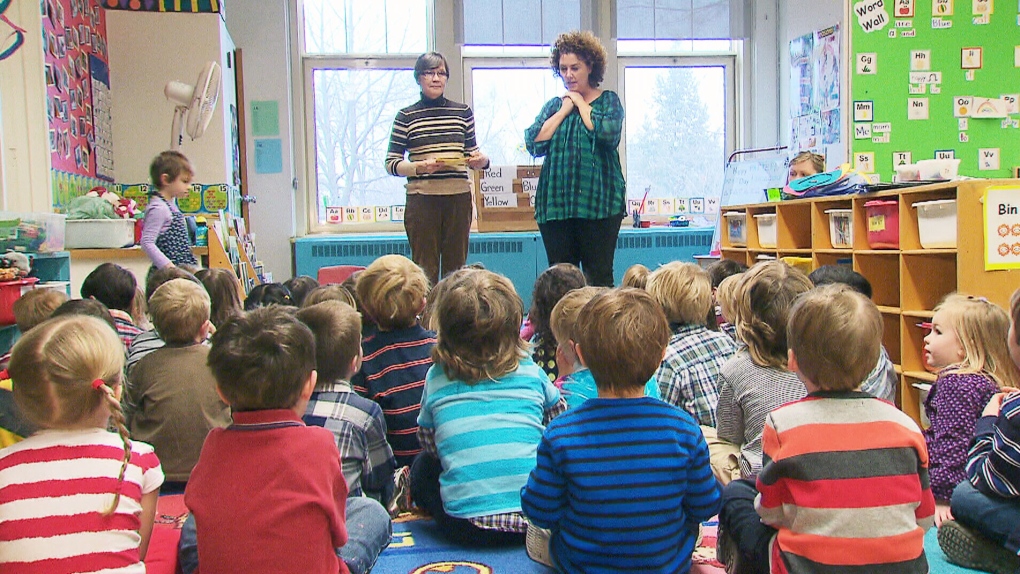 Undated file photo of children in a kindergarten class.
WINNIPEG -

A pilot project looking at full-day Kindergarten classes within the Winnipeg School Division (WSD) will be coming to an end in 2022.

The project started back in 2013, when 11 schools within the WSD had Kindergarten students attend for an entire day of class—three hours in the morning, an hour for lunch, and another two-and-a-half hours in the afternoon.

The WSD said the goal of the pilot project was, "to identify any gaps in academic performance for students at an early age and provide an enriched environment where the students' overall social, emotional, cognitive and physical development could benefit from such a program."

The program originally started in four schools and by the time the 2019/2020 school rolled around it has expanded to 11 schools.

"The pilot evaluated using several tools over a three-year period from when the children were in Kindergarten to the year they completed Grade 2," said Celia Caetano-Gomes, who is the superintendent of education, in a news release.

Early on in the evaluation, the WSD said there was optimism in the project as the full-day students were benefitting in school. But by the time the Grade 2 year came to an end, the half-day students had caught up.

"What we can draw from this pilot project is that, overall, our early-years students are exceptionally resilient and gain the full measure of preparation for their future learning through the two-and-a-half hours a day of half-day Kindergarten."

For those parents that have students enrolled in full-time Kindergarten right now, this will not impact the rest of the school year

The WSD is also calling parents who have kids in Nursery care, notifying them to make arrangements to have half-day childcare next year.