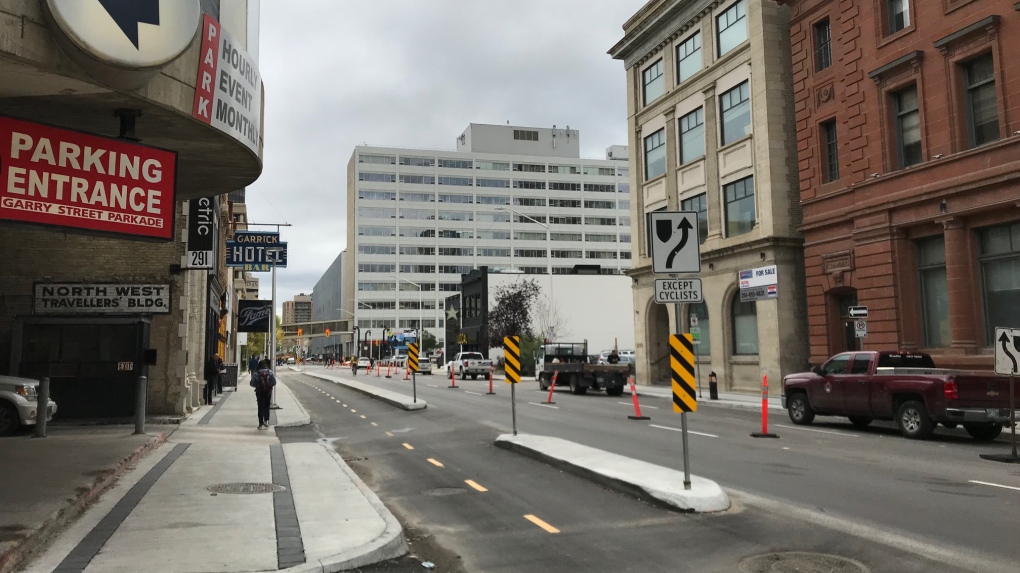 Garry Street in downtown Winnipeg is pictured on Oct. 1, 2019.
WINNIPEG -

The City of Winnipeg is asking its residents for feedback on how to make local streets safer for all users.

The third and final phase of public engagement for the city’s Road Safety Action Plan launched Wednesday, which aims to reduce and prevent serious injuries on city streets.

The draft plan up for consideration is the result of previous consultations with the public and stakeholders, crash data and technical expertise.

It consists of five focus areas that include signalized intersections, pedestrians and cyclists, speed and road culture.

Within each focus area is a variety of actions and possible solutions to prevent accidents.

The project began in January 2020, and once finalized, will serve as a blueprint for future road safety investments over the next three to five years.

There are two ways to get involved. You can take an online survey which is open till the end of September or visit one of the upcoming pop-up engagement locations throughout September.

For more information on the plan can be found online.