Winter storm closes in on southern Manitoba, some highways shut down 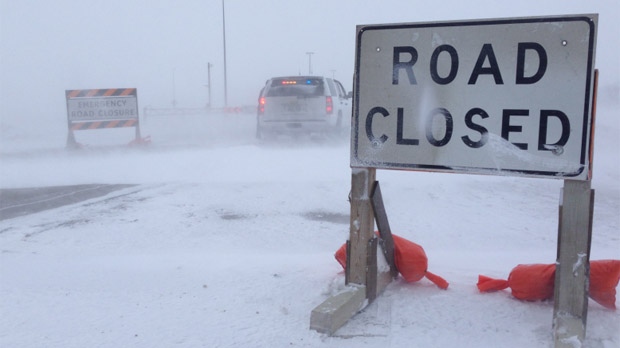 WINNIPEG -- An incoming winter storm has led to the closure of a number of Manitoba highways as southern parts of the province are placed under a blizzard and winter storm warning.

The storm, which is forecast to dump up to 25 cm of snow on parts of southern Manitoba, arrived in the southeast Tuesday morning. On Tuesday evening, the province warned the following highways were closed due to poor winter driving conditions:

More information about road closures in Manitoba can be found online.

The majority of southern Manitoba has been placed under a winter storm or blizzard warning, or a blowing snow advisory.

Environment Canada said much of the Red River Valley can expect snowfall amounts of 5 to 10 cm by Wednesday morning, with some areas getting between 10 and 25 cm.

It said strong northerly winds with gusts up to 80 km/h may hit parts of southern Manitoba, causing blizzard conditions which are expected to last until Wednesday afternoon.

More information about the warnings in place in Manitoba can be found on the Environment Canada website.