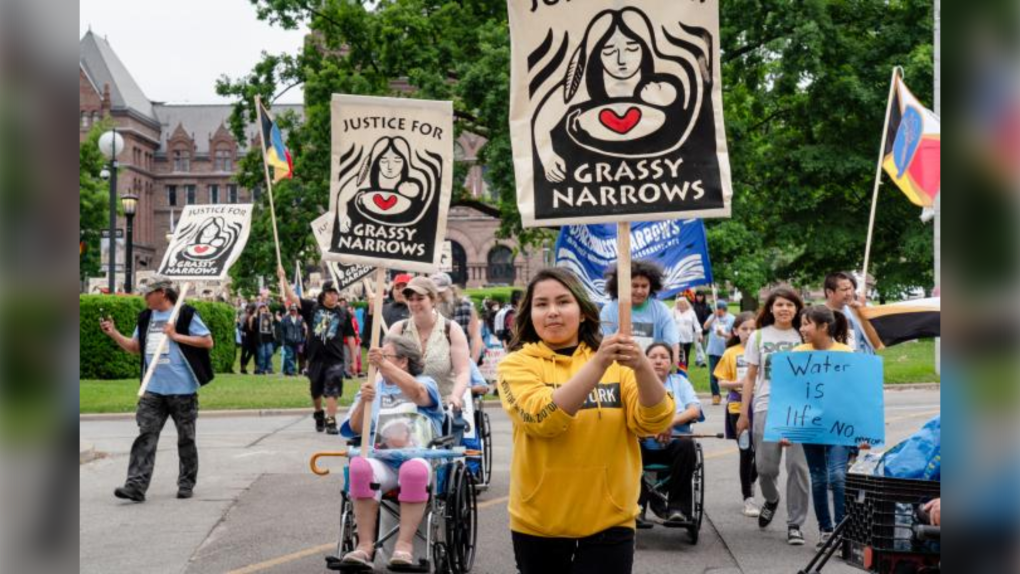 The annual Write for Rights event, which takes place around International Human Rights Day Dec. 10, will highlight 10 cases of young people around the world experiencing human rights abuses, including the Indigenous Anishinaabe youth from the northwestern Ontario First Nation.

The community, also known as Grassy Narrows First Nation, has been impacted by mercury poisoning since the heavy metal was dumped into a local river system by a paper mill in Dryden, Ont., in the 1960s. The campaign says those living in the community continue to be affected by health problems, the loss of jobs, and the erosion of their cultural traditions.

“I have trouble speaking. I have speech impairments. I have learning disabilities,” said Steve Fobister, a 22-year-old mercury survivor. “But like my late grandfather, Steve Fobister Sr., I will never give up until our waters are clean and our fish are safe to eat.”

In a press release, Amnesty International wrote, “Young people living in the Indigenous Anishinaabe First Nation of Grassy Narrows in northwestern Ontario are fighting for a healthy future for themselves and their community. Over the past 50 years, toxic mercury has poisoned rivers and fish vital to Grassy Narrows. Because of government inaction, generations of young people have grown up with devastating health problems and the loss of their cultural traditions.”

Amnesty International is urging people to help demand justice for Grassy Narrows by taking part in the Write for Rights campaign. It asks people write letters calling on the Canadian government to fully address the mercury crisis and end what they are calling a 50-year human rights violation.

Amnesty International’s Write for Rights campaign invites people around the world to write messages of support to Grassy Narrows youth, and send letters to the Canadian government demanding concrete action. Like their parents and grandparents, the youth are asking federal officials to build a mercury treatment facility and properly compensate affected community members.

“Mr. Trudeau, you have another chance to do something. Please do it,” she said. “Do it for all the people of Grassy Narrows and our future generations, “said Turtle in the press release.

Last year, Amnesty International sent 5.9 million letters, petitions, tweets, and solidarity messages from around the world in support of women human rights activists, which was the focus of the 2018 campaign. This year’s Write for Rights event is focused on 10 cases impacting youth under the age of 25.

Write for Rights events will be taking place across Canada from late November until mid-December. More information can be found at writeathon.ca.