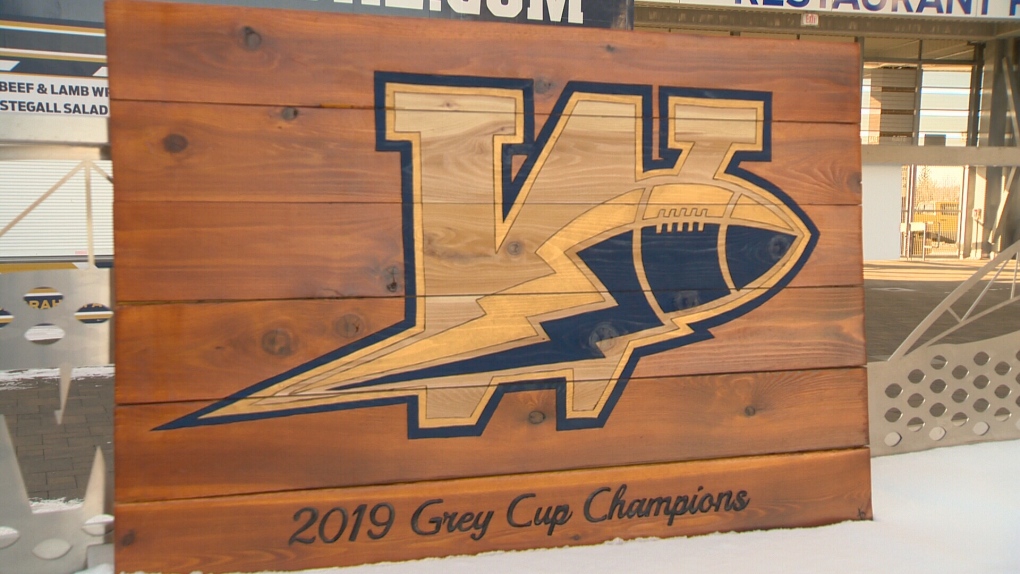 Lars Stoltz created this piece for the Blue Bombers using wood and a hot knife.

WINNIPEG -- A Manitoba-based artist is showing his appreciation for the Winnipeg Blue Bombers, with the help of a piece of cedar and a red-hot knife.

Lars Stoltz, from Snow Lake, Man., has gifted the Bombers a one-of-kind piece of art to signify the team’s Grey Cup win.

“I’m always giving back to those who inspire me and those who do well,” Stoltz said.

To make the piece, Stoltz used a hot butter knife to burn the piece of wood, creating the Bombers’ logo and the words “2019 Grey Cup Champions” through depth and contour.

A CRAFT OF HIS OWN

Stoltz said he got into hot knife art while he was living in Vancouver Island.

He said he used the art form to create a skull throne, which he traded in for a tattoo. The tattoo artist began showing it off to people, which created a demand for his work.

A FAN OF THE GAME

He said he was never commissioned to do a piece for the team, and was waiting for the right moment to make something.

“With a fairly new stadium it would be nice to see a piece of my art on the wall,” he said.

Stoltz said if the team doesn’t want to hang his work on the stadium, they can always donate it to charity.

Tara Skibo, director of community and fan engagement for the Bombers, said they are very excited about receiving the piece.

“I think one of the neat things we’ve found is how Manitobans have been celebrating the Grey Cup each in their own unique way and this is something we’ve never seen before. I’ve never even actually heard of this type of art before,” she said.