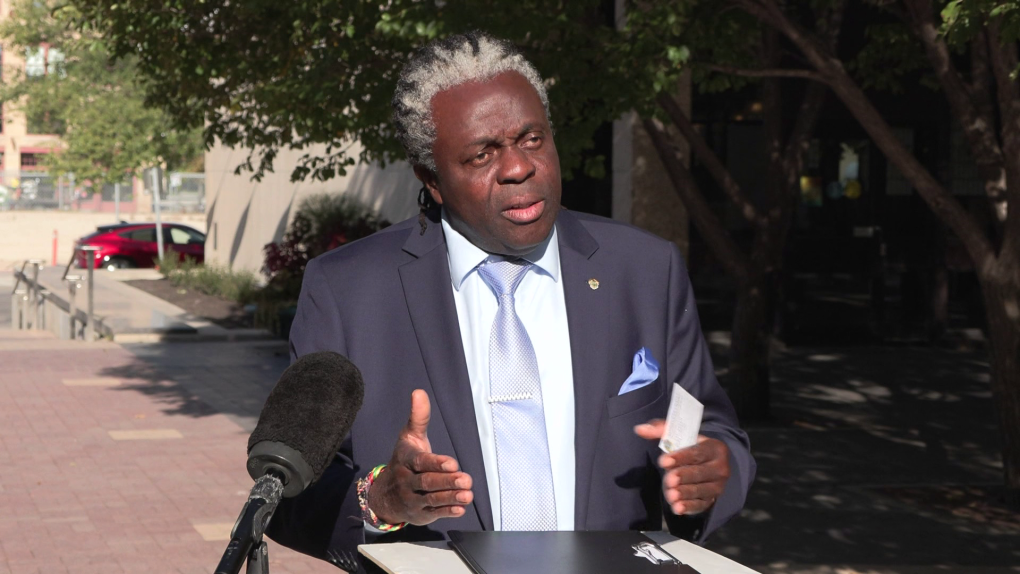 Plenty of news coming from the mayoral campaign Thursday will multiple candidates sharing their latest plans.

Kevin Klein is wanting to create a new role in the city to help Indigenous business leaders and entrepreneurs.

He announced on Thursday that if he is elected mayor, he will create the role of Indigenous Economic Development Officer for the city.

He said this new role would work with Indigenous people in the business community to help create more economic opportunities and prosperity in Winnipeg.

“As Mayor, I will work to build pathways to success with tangible actions such as Indigenous Economic Zones,” Klein said in a release.

Klein also plans on creating a new Indigenous Council Committee that would have leaders from several Indigenous communities.

“I have been listening to resident and Indigenous leaders throughout our city and have heard that we must have a place in City Hall for Indigenous voices working side by side to rebuild our shared future together.”

He has presented a reconciliation action plan that includes developing a violence prevention plan for Indigenous woman and girls, creating 1,000 jobs in the social enterprise sector, and helping Indigenous non-profits provide more housing.

Don Woodstock is looking to implement jail time and fines for those who threaten political candidates after he said he has been threatened while running for mayor.

“Threats of violence and physical harm cannot be accepted as genuine political discourse. If elected as Winnipeg’s next mayor, I will work with all law enforcement and the province’s Attorney General to implement changes to the Manitoba Criminal Code to implement a mandatory minimum jail term of one year and impose a fine of $25,000 for anyone convicted of making threats to candidates seeking public office,” Woodstock said in a news release.

He said there should be a zero-tolerance approach, even if someone is a first-time offender.

“Candidates will always have different opinions and ideologies, which is the beauty of democracy. But we can all agree on one thing; every candidate has a right to be safe and make it back home to their loved ones after a day of campaigning.”

He said it is time to make Winnipeg safe again and he will work with the proper stakeholders to make that happen.

Jenny Motkaluk is wanting to celebrate the people of Winnipeg that make the city great.

She said she wants to create an annual “Winnipeg’s Own” awards, which will promote and celebrate Winnipeggers.

“From all walks of life and from all backgrounds, Winnipeggers achieve amazing heights in their pursuits,” she said in a release. “Whether it’s in sciences, athletics, academics or music, the talented people our city nurtures and produces do amazing things every day and every year, that make us happy, make us proud and that makes life worth living.”

She said the awards would be a party, not a formal gala.

“The Winnipeg’s Own awards are going to be an annual party where all Winnipeggers will be welcome to celebrate our City and our success stories.”

$1,048 meal: Torontonian has the most expensive Uber Eats order in Canada this year

A newly released report from Uber Eats shows that a Torontonian ordered the most expensive meal through the app in Canada this year, spending $1,048 at burger joint.

A new bill on early learning and the child-care system is expected to be announced by Canada's families minister, Ottawa will be reviewing an RCMP contract with a company linked to the Chinese government, and what the latest Bank of Canada rate hike means for inflation and consumers. Here's what you need to know to start your day.