African ball python spotted on the loose in Winnipeg

WINNIPEG -- An exotic snake is on the loose in Winnipeg, and though it is not venomous, the city is asking residents to be on the lookout for the slithering reptile.

The city's Animal Services Officers and Winnipeg Police Service Cadets are still searching for an African ball python which was spotted near the University of Manitoba over the weekend.

Prasad Gowdar was driving home on Friday when he spotted the snake sitting on the road along Innovation Drive, swerving to avoid hitting it.

At first glance, Gowdar said he thought it was a garter snake, but when he saw the orange and black markings and the size of it – stretching out about three-quarters of a metre (approximately 2.5 feet) – he said he knew it was something he had not seen in Manitoba before. 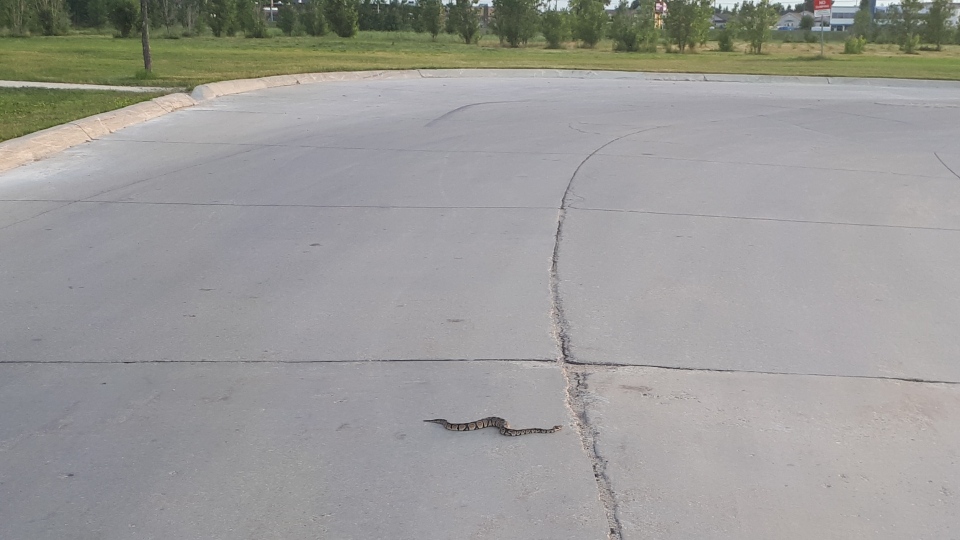 "I didn't get out of the car, I felt safe in there - I'm not fond of snakes," Gowdar told CTV News, who said he went home to tell his spouse, who is a biologist, about the incident.

"Just the size of it stuck out in my mind."

Gowdar said he went back to the area to get some pictures of the snake, and found it just about exactly where it had been before.

After bringing the pictures back to his spouse, Gowdar said the two took to the internet to figure out they had just seen, discovering it to be an African ball python.

The City of Winnipeg has confirmed the snake has been identified as the African ball python.

"Ball pythons are part of the exotic animal pet trade and are native to Africa," a spokesperson for the city told CTV News in an email. "They are non-venomous."

Ball pythons can grow to be between 1.2 and 1.5 metres in length. 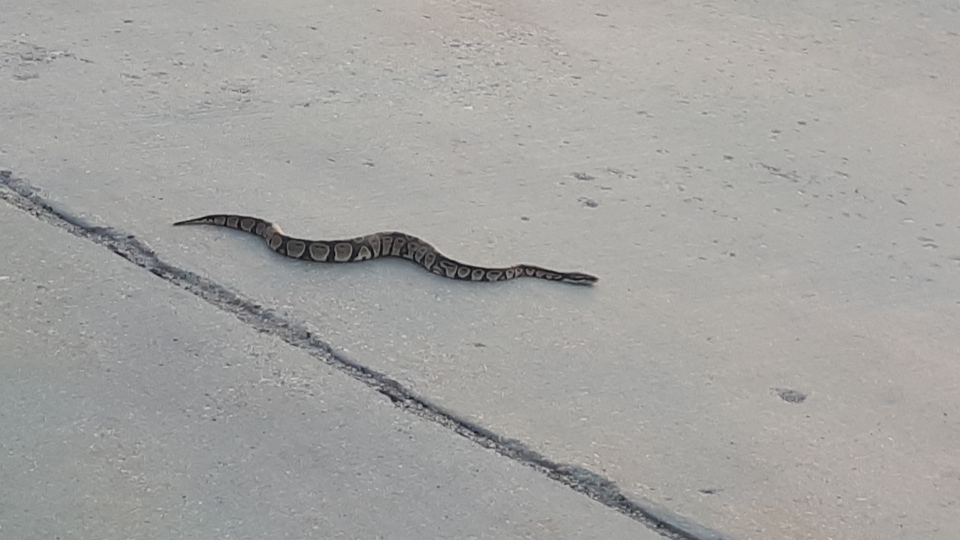 Gowdar said he went back later in the day to find the snake, but it had disappeared.

Steve Rempel, an administrator for the Manitoba Herpetocultural Society, an education and conservation group, said Winnipeggers don't have to be too worried about it.

"Like most animals, it's more scared of you than you are of them," Rempel said. "It's harmless, it's not venomous."

He said ball pythons are common pets in North America, and are quite friendly and docile. He said when they get scared, they roll up into a ball to protect their heads.

Rempel said he believes there could be two reasons for the snake being loose in Winnipeg – either the snake escaped its cage, or its owner let it out intentionally.

"The unfortunate other side to it is, maybe someone purposefully went and didn't want it for whatever reason," he said. "We hope that is not the situation, but either way, unfortunately, there is a loose snake that we hope gets found quite quickly." 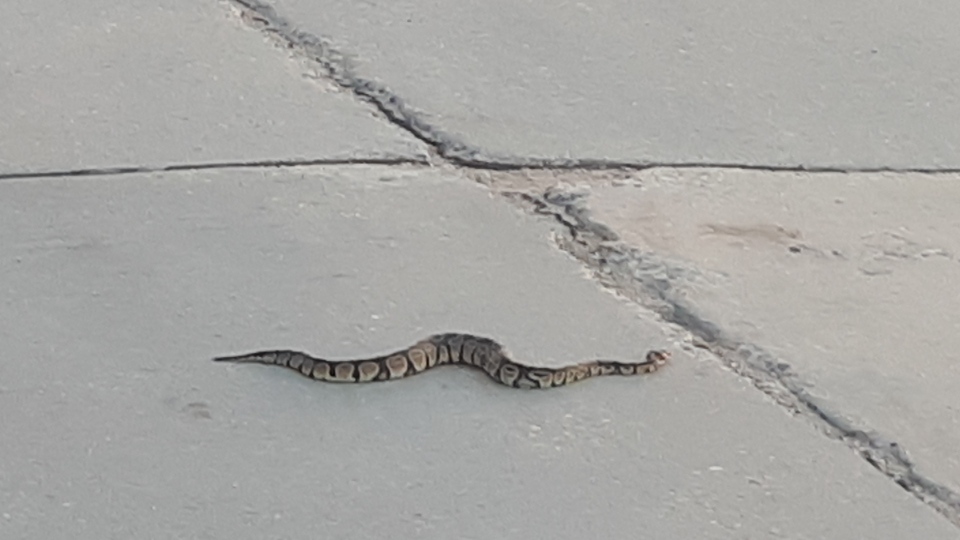 Rempel said if anyone comes across the snake, he suggests picking it up and putting it in a bag or pillowcase. He said they can call the city, or Prairie Exotics, a local reptile rescue, at 204-782-0296, who will come get the snake and turn it over to the city.

The city has asked people to call 311 if the snake is found, or if it has been recovered by the owner.