The Winnipeg Public Library system won’t have to wonder anymore about what happened to its copy of “Baseball” by Daniel E. Jessee.

Last checked out on June 18, 1974, the book, which gives readers information on how to play baseball, was recently brought back to the St. James-Assiniboia library branch, 48 years overdue.

Stephanie George, the head librarian for the branch, said the item was returned approximately one month ago in the return chute.

She said it’s not the first time that older items have been dropped off at the library years after they were due. 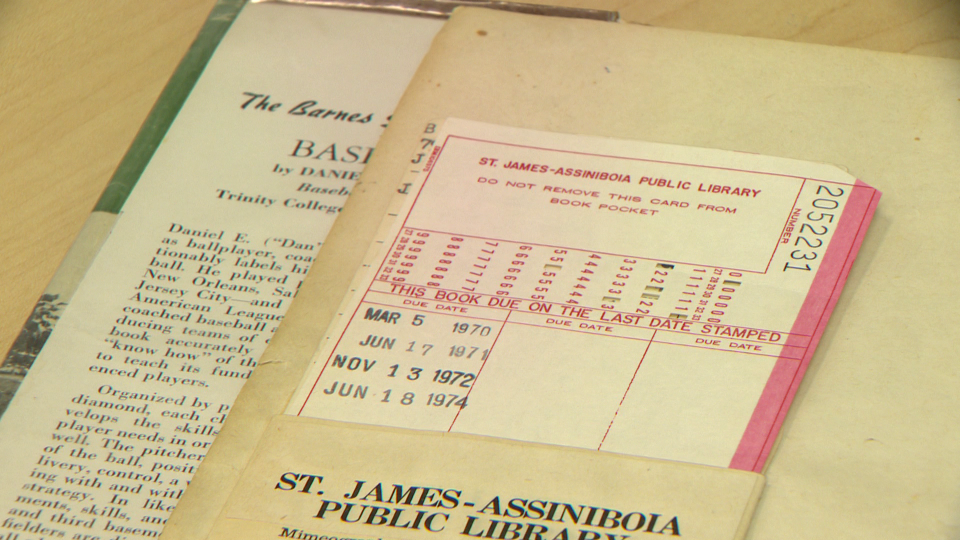 “I've been at the branch for three years, and it has happened three times,” George said. “While I've been here, we had a very late magazine returned during the height of COVID. And before that, it was another book called Sarah Binks.”

Libraries in Winnipeg went fine free last year, so whoever owned the book won’t be charged nearly five decades of late fees, though George said people are still encouraged to return their books when their loan period is up.

“People are always waiting for books. If you can hand them in as close to their due date, that would definitely be appreciated,” she said.