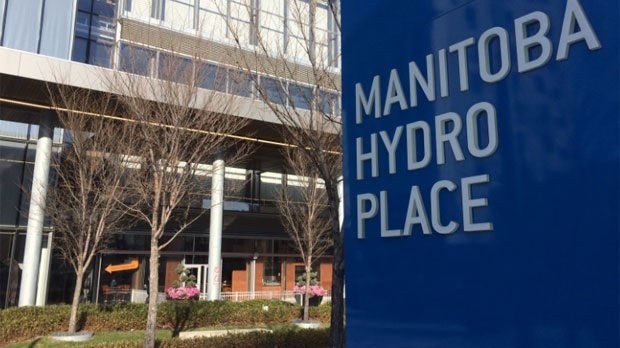 WINNIPEG -- One union says it has reached an agreement with Manitoba Hydro that will avoid temporary layoffs.

On Friday, CUPE Local 998 announced its members voted to accept a proposal from Hydro to take three unpaid days off work over the next nine months. A spokesperson for Manitoba Hydro said this decision eliminates the need for temporary layoffs in that jurisdiction.

A spokesperson for CUPE said the decision affects approximately 780 members, including clerical and IT staff, though some are already off on leave.

However, the Hydro spokesperson said approximately 190 International Brotherhood of Electrical Workers (IBEW) members and 12 Unifor members have been issued temporary layoff notices for a four-month period.

Michelle Bergen, the president of CUPE Local 998, said the decision to consider the proposal was made with reluctance, but said the agreement includes language that prevents layoffs until the end of the fiscal year on March 31, 2021.

"Manitoba Hydro wouldn't be able to execute mass layoffs without a negative impact on the safety and reliability of our energy unit," Bergen said in a news release. "Either that, or they will run into service delays or extra costs like overtime to keep services running."

During a meeting with members of Manitoba's Standing Committee on Crown services on Thursday, Jay Grewal, the president and CEO of Manitoba Hydro, said the 202 positions that are being temporarily laid off will not impact service, though resources will be 'redeployed' from other projects over the course of the four-month period.

"In this instance, that is economic development as we come back out of the pandemic and its ensuring reliability, and we will continue to do that – even with the 202 unfortunate layoffs because we were not able to reach agreement with the unions," she said on Thursday.

A spokesperson for Unifor confirmed the 12 layoffs, pointing to a previous statement saying the union walked away from Hydro's proposal when it rejected a guarantee to limit layoffs.

“These workers maintained the buildings of the university through the height of COVID and now they’re laying us off,” Brian Kelly, president of Unifor Local 3007, said in a previous release. “Everywhere else in the country they are looking at bringing people back and in Manitoba, they decide to cut.”

CTV News has reached out to IBEW for comment.