'Alarming' misuse of antibiotics happening in Manitoba: U of M study 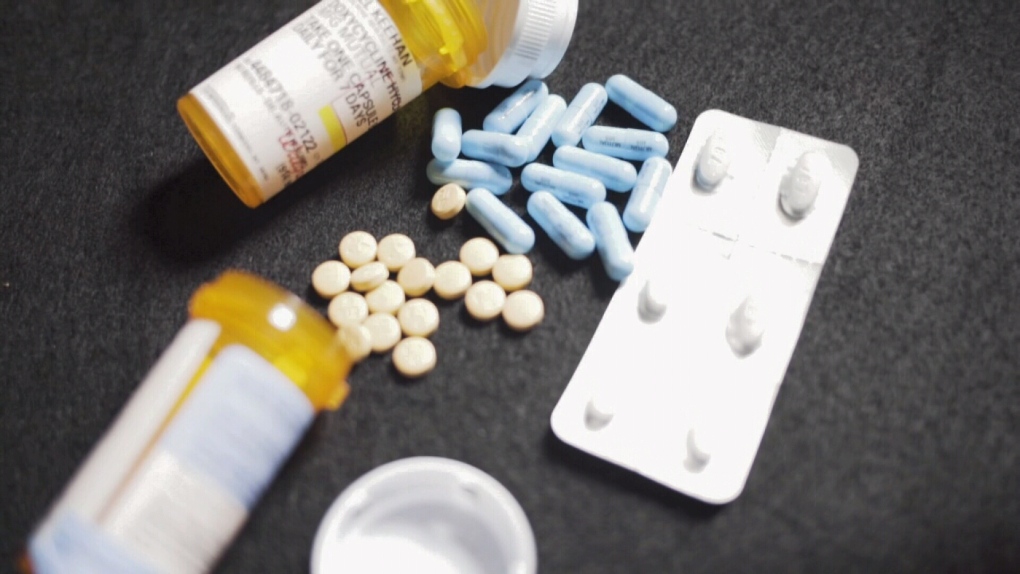 A new study out of the University of Manitoba shows antibiotics are being inappropriately prescribed all too often in Manitoba.

The research shows not only are the wrong type of antibiotics prescribed frequently, but the drugs are also increasingly being given to patients whose illness does not need antibiotics at all.

“These findings are alarming,” Dr. Chelsea Ruth said in a news release. She is an assistant professor of pediatrics and child health at the University of Manitoba, who was the co-leader of the study.

“They show that Manitoba physicians are not consistently following Canadian recommendations. This results in an increasing number of unnecessary or poorly chosen antibiotics being prescribed,” Ruth added.

Using data from antibiotics dispensed at pharmacies from 2014 to 2016, more than 2.4 million antibiotics were dispensed in Manitoba.  The study found 87 per cent of the prescriptions were written by doctors and the remainder was done by dentists, nurse practitioners, pharmacists and other professionals.

The analysis found 73 per cent of patients with bronchitis were prescribed antibiotics even though it’s usually not needed for the condition.

Prescription practices were also looked at for bladder infection and it was found patients were most often given antibiotics from the quinolone class. Ruth said this class of drugs is not recommended for a bladder infection because they kill other bacteria that do not cause the illness.

During the study period, the rate of dispensing antibiotics for conditions that generally do not need them also increased in most age groups and the use of antibiotics increased at a faster rate than population growth. Antibiotic use was highest among seniors and children under five.

Ruth said high use of antibiotics contributes to antibiotic resistance which is a growing worldwide problem. She said that’s when bacteria are overexposed to a drug and are no longer killed by it and getting an unnecessary antibiotic also puts patients at risk for side effects.

“Our results indicate that Manitoba needs antibiotic stewardship programs to educate and support prescribers while promoting optimal prescribing practices,” says study co-leader Dr. Sergio Fanella, who is also an associate professor of medical microbiology and infectious diseases at the University of Manitoba.

Patients who saw their regular doctor had less antibiotic use and were less likely to be prescribed an inappropriate antibiotic. This is why these researchers are recommending patients should try to see their regular health-care provider and Manitobans should have better access to a consistent primary care provider.

Other recommendations include establishing a stewardship program that focuses on the conditions with the highest antibiotic misuse rates, and for feedback to be given to prescribers in comparison with their peers.

The study also found older doctors, physicians who saw more patients each day, and those located in the Prairie Mountain Health region were more likely to incorrectly prescribe antibiotics.

In a statement to CTV News, Doctors Manitoba said it appreciates the study as all physicians want to learn more and provide the best care.

"Doctors Manitoba welcomes new information like this, and we are already working with the authors of the study on sharing the results with all physicians across the province," the statement said.

"Patients should always feel comfortable talking to their doctor about any prescription, including antibiotics, to ensure they understand why it is being prescribed and raising any concern they have."

The study was done at the Manitoba Centre for Health Policy in the Rady Faculty of Health Sciences and is the first to look at antibiotic prescriptions happening outside hospitals in the province.

To conduct the study, the researchers analyzed anonymous pharmacy dispensing data, linking antibiotic prescriptions with the diagnostic codes entered by prescribers for illnesses.