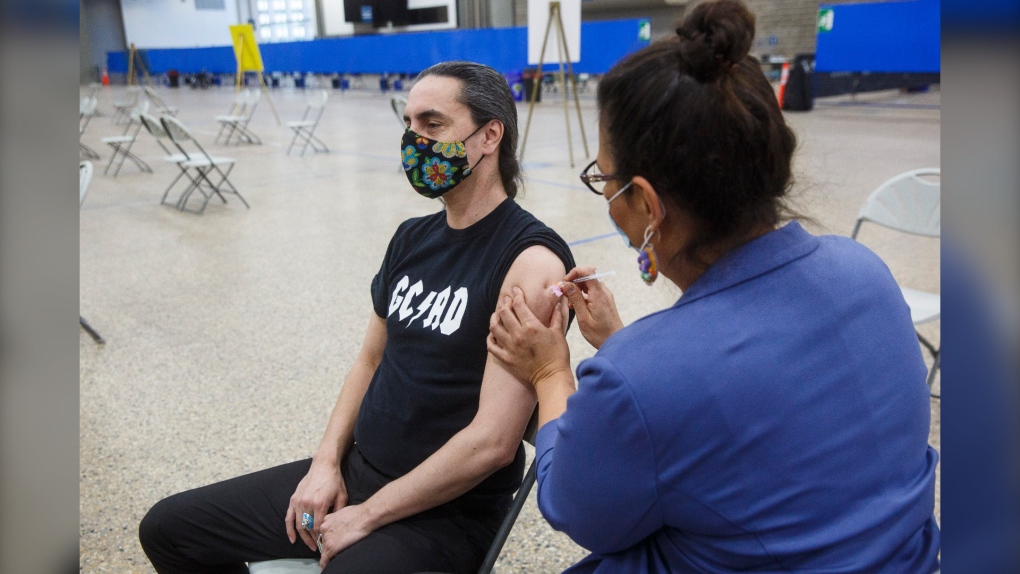 WINNIPEG -- The Grand Chief of the Assembly of Manitoba Chiefs (AMC) received his first dose of the COVID-19 vaccine on Thursday.

After getting the vaccine, Dumas said he felt relieved because he’s been concerned about COVID-19 on a personal level.

“Unfortunately in my job, even though I do my best to isolate and keep my bubble small, I do have to interact more than the average person, so it’s always a concern,” Dumas said.

He said he does his best to follow all of the public health recommendations, but he knows that sometimes it’s other people’s actions that could transmit the disease.

He added that getting the vaccine isn’t just an opportunity to keep himself safe, but also everyone around him.

Dumas said he thinks it’s important for everyone to get the vaccine to stay safe.