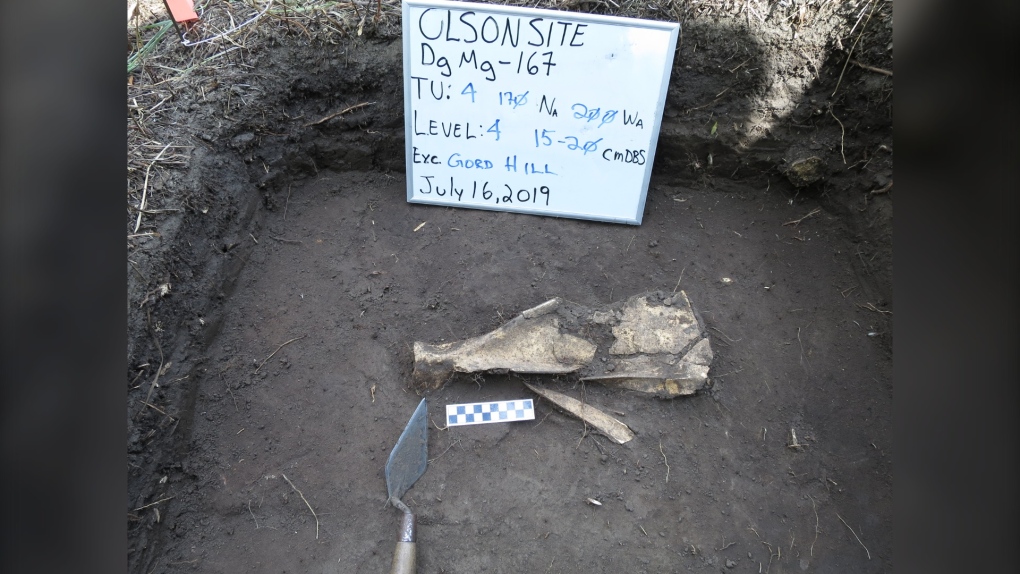 A deer scapula modified to be a gardening tool is pictured at a dig site in Manitoba (Source: Gord Hill)

WINNIPEG -- Researchers from Brandon University are hoping to find additional evidence of the farming practices of Indigenous people before contact with European settlers.

The project, a joint effort between BVU and the Manitoba Archaeological Society, will be heading to an archaeological program at a site near Melita, Man., located in southwest Manitoba, 325 kilometres away from Winnipeg.

In 2018, the site was discovered by Eric Olson, a young man who was walking in the area and found modified bison scapula (shoulder blades) along a creek bank. The site now bears his name. 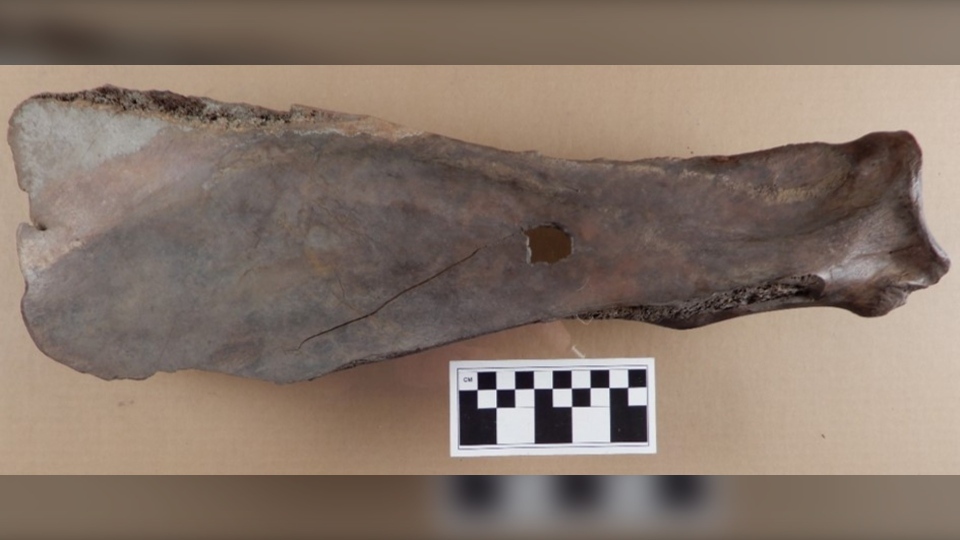 “He actually found these bison scapula hoes, these tools that were actually mounted on shafts, long wooden handles, and were used to garden essentially, to grow probably plots of corn, maize and other foods like squash and beans were probably also cultivated,” said Dr. Mary Malainey, a professor in the department of anthropology at Brandon University.

Malainey said a team went to the site for the first time last year for an initial assessment and test, and said there are additional materials that are undisturbed in the area.

“Last year, one of the things we found in those intact deposits we were able to identify was a modified deer scapula, so they were possibly making a different type of tool,” she said. “It looks like we have a bone tool-making workshop.

“What we’re going to do is open up some units around that area, and we’ll also be doing some testing towards the south of that to see where else there are intact deposits.”

Malainey said the items discovered give insight into the lives of Indigenous people in the area before contact from European settlers.

“Most people that lived in Western Canada, based on the sites that we find, were hunter-gatherers, which means they would’ve set up camps were probably lived in for a period of months, and then were moved to another location to take advantages of the resources that were plentiful in the different seasons,” she said.

However, the discovery of the agriculture tools at the Olson site means the people who lived there were long-term residents, and there may have been a village in the area, as having a site for farming meant less moving around.

“People would have formal houses, and things like that, as opposed to a more temporary living structure,” Malainey said. “They would actually take the time to build a formal house. In that respect, it is very different than a lot of the other sites that we have dating to the late pre-contact period in Manitoba.”

Malainey said the OIson site, along with a site near Lockport, Man., are the only two sites in the province currently with evidence of pre-contact agricultural cultivation.

The team will use ground-penetrating radar to help identify the location of buried features, such as the potential remains of houses and other supplies, to help focus the project on particular areas.

Archaeological teams will be at the site for two weeks in July, and will follow physical distancing protocols due to the COVID-19 pandemic.