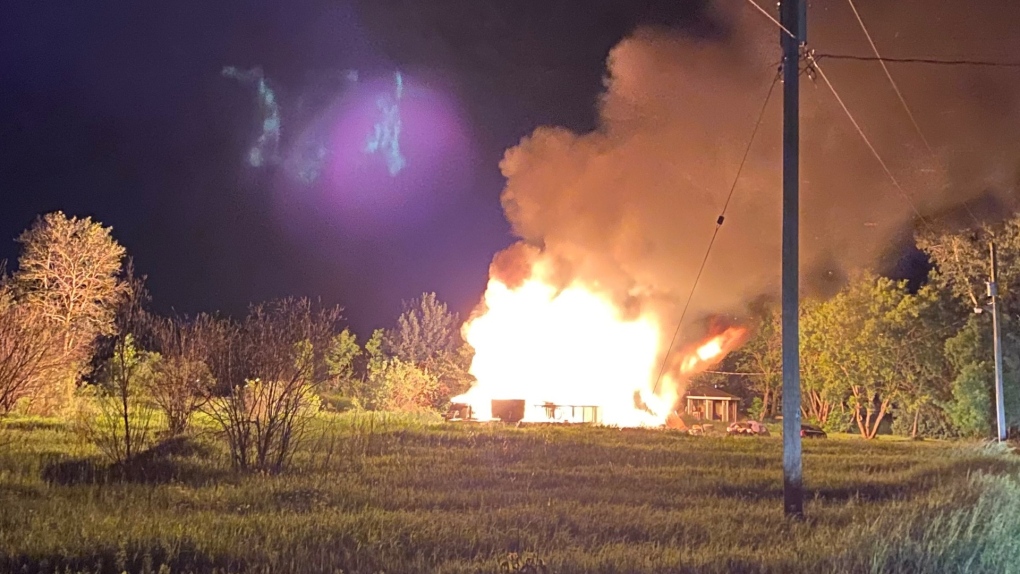 A home on Sagkeeng First Nation is engulfed in flames on June 21, 2021. (Image source: Manitoba RCMP)

WINNIPEG -- A 44-year-old man was been charged with arson following a house fire on Sagkeeng First Nation Monday morning.

Powerview RCMP responded to the fire on Highway 11 at approximately 12:15 a.m. When officers arrived, the fire had fully engulfed the home.

Two men, aged 19 and 25, were inside when the fire started and managed to get out safely.

RCMP said the subsequent investigation led them to arrest a 44-year-old man who was at the scene.

Courchene is in custody and the charges have not been proven in court.