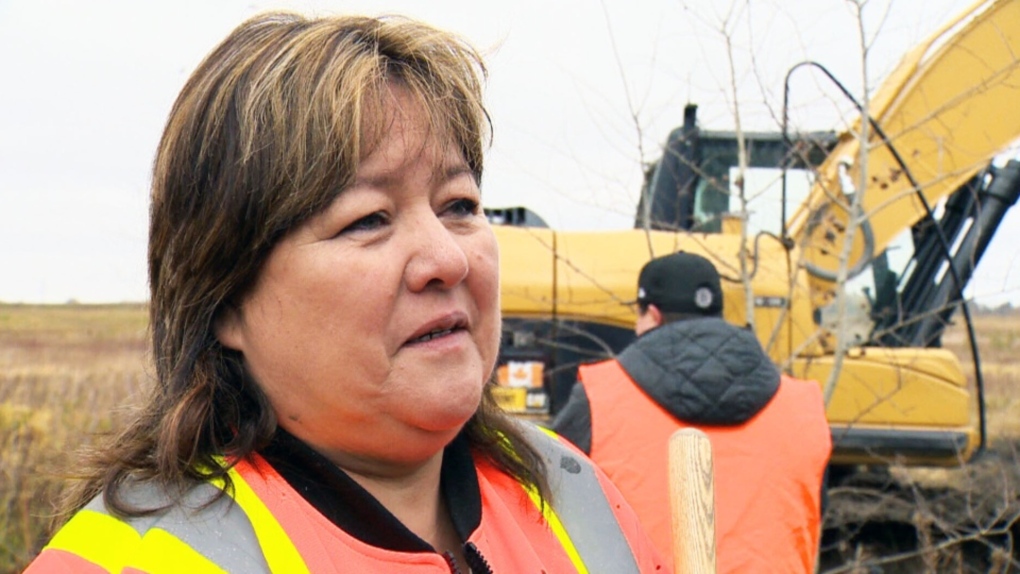 Bernice Catcheway searches for her daughter Jennifer, who has been missing since 2008, in Oct. 2015.
WINNIPEG -

The family of a long-time advocate for Missing and Murdered Indigenous Women and Girls (MMIWG) in Manitoba is thanking the community for support as their mother battles COVID-19 in the ICU.

Bernice Catcheway is the mother of Jennifer Catcheway, who went missing on her 18th birthday in 2008.

Catcheway began showing symptoms of COVID-19 on Oct. 6, and tested positive for the virus on Oct. 9, said her family. She was admitted to the hospital in Portage la Prairie on Oct. 12, and then transferred to Winnipeg the next day. She is currently in the ICU at Grace Hospital.

“As far as we know right now, my mom is in stable condition while on life support,” said Willie Starr, Catcheway’s son.

He said he was able to speak with doctors over video call Thursday morning to get an update on his mother, and said he’s proud of the work that staff are doing to care for his mother.

“They’re doing the best that they can,” said Starr. “Her situation remains the same, although they did give us a glimmer of hope this morning that she is doing better than she was yesterday, so we’re all hopeful she will continue moving forward with that.”

Starr said his father Wilfred and the three foster children his parents are caring for have also tested positive for COVID-19. He said they are recovering well at home.

The family said Catcheway was not vaccinated but was considering getting the shot shortly before she got sick.

“She does definitely wear her mask, so she does take the precautions when she does go out, so we don’t know exactly where it happened,” said Tamara Sanderson, Catcheway’s daughter.

The family said they’ve been leaning on each other for support during this time.

“We’ve been praying every day. It’s all we can do right now. It’s out of our hands,” said Starr.

Catcheway’s children said the family has received an outpouring of support from people whose lives have been touched by their mother.

“For our mom, what she’s been doing for the work in advocating and raising awareness for the missing and murdered, we just want to continue to stand for that same cause while our mom is here, and she can’t really do her work right now,” said Sanderson.

“We just want to put the call out there still that if anybody had any information about our sister Jennifer, please come forward and just still reach out. We still need answers and closure.”

The family said Catcheway will likely be in an induced coma until she can breathe on her own. They’re hopeful she can make a full recovery.

“We’re not out of the woods just yet. It’s going to take some time for her to recover,” Starr said.