Bird flu on the rise in Manitoba

Bird flu on the rise in Manitoba 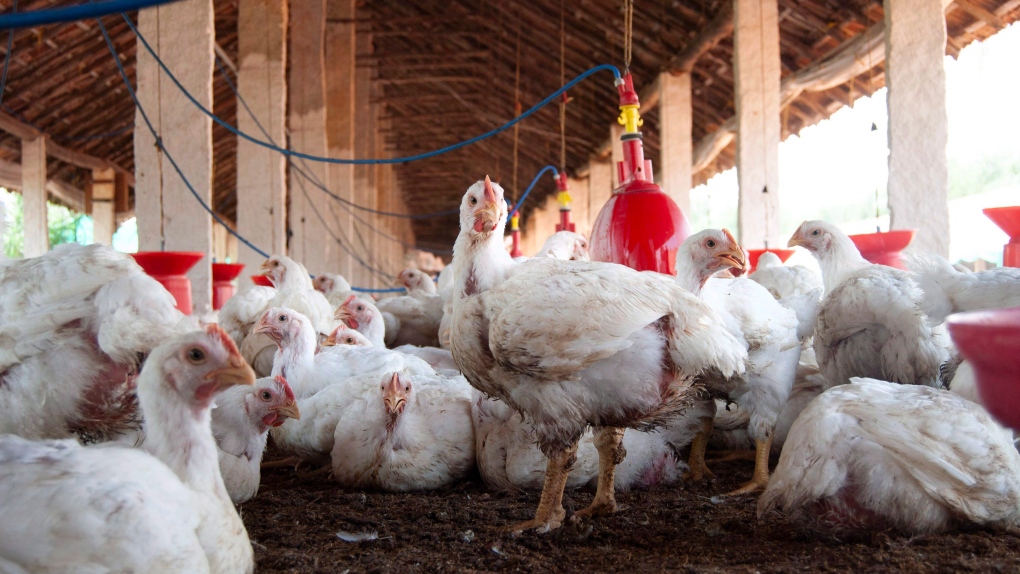 Avian influenza, also known as bird flu, is on the rise in Manitoba.

According to the Government of Canada’s website, this contagious viral disease that affects domestic and wild bird species has been reported at three commercial poultry operations in Manitoba in September. These cases were detected in the RM of Cartier and the RM of Bifrost-Riverton.

FortWhyte Alive tells CTV News Winnipeg that the spread of avian influenza is tied to migration season with birds heading south and gathering in larger groups.

“Avian flu has been a concern for Manitoba and the world, and particularly last spring, it popped into the news as it was coming up with migratory birds from the south,” explained Katrina Froese, education program coordinator at FortWhyte Alive, in an interview on Tuesday.

“People who work in agriculture, with chicken farms, or people who have small flocks are particularly concerned. And then also people who backyard bird feeders were on alert.”

Froese added the issue among wild birds is that avian influenza can lead to death and disease.

She said a major concern is also for farmers who handle a large number of birds inside barns, “where if a virus were to get in there it would spread quickly among their flock.”

For those with backyard chickens, Froese recommends minimizing contact with wild birds and chickens.

Anyone with bird feeders at their home should clean them and rake any spilled food on the ground.

“What is recommended is at least every week, take your feeder down, get rid of any of the food in there. Wash your feeder, let it soak for half an hour in 10 per cent bleach solution,” Froese said.

The Manitoba government’s website says that on rare occasions, avian influenza can cause disease in humans, and that human to human transmission is “extremely rare.”

Froese said that as long as eggs and meat are properly cooked, there is not much concern for humans.

She added that people should not hand-feed any geese, ducks or birds they may come across.

Anyone who sees anything of concern in regards to avian influenza can call 1-800-782-0076. Symptoms in birds include coughing, wheezing, weakness, swelling in the throat and diarrhea, as well as sudden death.

Actress Kirstie Alley has died after a brief battle with cancer, her children True and Lillie Parker announced on her social media.

Elon Musk's Neuralink, a medical device company, is under federal investigation for potential animal-welfare violations amid internal staff complaints that its animal testing is being rushed, causing needless suffering and deaths, according to documents reviewed by Reuters and sources familiar with the investigation and company operations.