A new survey says nearly half of Canadians think their downtown has declined in the last year, but Winnipeg's downtown advocates are optimistic about its future, and say they are working hard to make downtown a safe space for everyone.

The web survey, conducted by Leger from August 5 to 7, received responses from 1,509 Canadians and 1,002 Americans, randomly recruited from the research company's online panel.

28 per cent of Canadian respondents said they thought their downtown had stayed the same. Only 10 per cent thought it had improved over the past year.

Some of the factors contributing to the decline according to the survey are homelessness, mental health challenges for vulnerable populations, and rising crime rates.

One of the organizations working to make downtown Winnipeg safe is the Downtown Community Safety Partnership (DCSP), which has been in operation for more than two years.

"We have people on the street 24 hours a day, 7 days a week with medical training, with de-escalation training, we're out meeting people, being part of the community," he said.

Bourbonniere says DCSP teams regularly patrol the streets downtown, making sure people are safe and attending to the unsheltered population. He thinks the perception of Winnipeg's downtown being unsafe is not entirely accurate.

"I think it's as about as safe as any major city in North America. I don’t think it's any more dangerous than anywhere else, said Bourbonniere. "But certainly, there are things that happen in our city that should not happen."

Crime rates in downtown Winnipeg have actually gone down in recent years. According to the Winnipeg Police Service 2021 statistical report, downtown crime dropped 13.1 per cent in 2021, with 13,768 incidents taking place in total. That drop could be attributed to the pandemic forcing people to work from home, but Bourbonniere says the key to making downtown Winnipeg safe is to bring workers back.

"The more alive we can make our spaces, the safer were going to be," said Bourbonniere. "So I think we need to help our downtown spaces become vibrant."

The Downtown Winnipeg BIZ has been doing just that, encouraging people to come downtown with events like a weekly farmers market and free daily fitness classes at various parks around downtown . 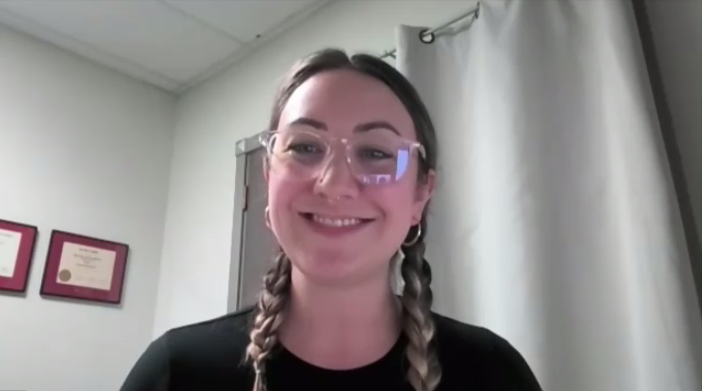 Pam Hardman with the Winnipeg Downtown BIZ is optimistic about the future of our downtown. (Source: CTV News Winnipeg)

"Our goal is to make the downtown office more exciting than the home office," said Hardman. "We want to encourage people who are maybe just working downtown a few days a week to come back and spend more time here, enjoy what the neighbourhood has to offer, and connect with people again face to face."

Hardman says their data shows the amount of people visiting downtown Winnipeg is not quite at 2019 levels yet, but it's getting close. She's expecting more people to return in the fall.

"We're looking at ways we can continue our programming into September … we know Culture Days is coming up as well, so the fall can continue to be as exciting as we're seeing this summer," said Hardman.

This includes the return of Manyfest, the Downtown BIZ's annual festival that, like many others, went on hiatus during the pandemic. Back are the food truck wars, local artisan market, live music, carnival rides, and other attractions. Hardman is excited about the festival's return September 9 – 11, and is optimistic about the future of Winnipeg's downtown.

"When we are out and about, we can see that there are more people on the streets," she said. "There's lots of events happening, not just on the weekdays for that 9-5 crowd, but on the weekends as well."

Hardman encourages anyone who hasn't been downtown in a while to come check it out, "It's the place where business, arts and culture come together. There are things downtown that you really can't find anywhere else."