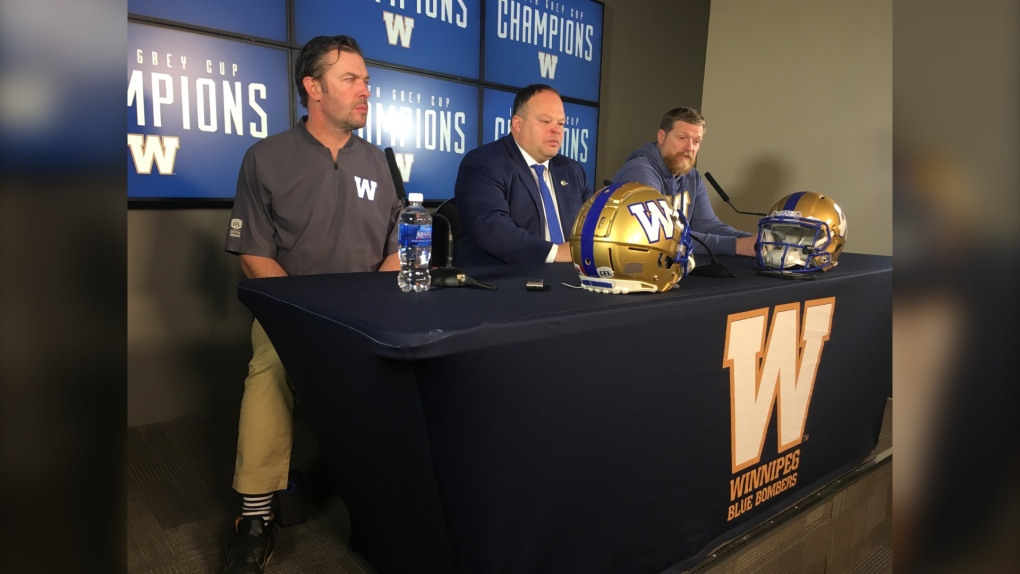 WINNIPEG -- Coming off the team’s first Grey Cup win in nearly 30 years, the Winnipeg Blue Bombers extended the contracts of the head coach and general manager.

GM Kyle Walters had one year left on his contract, but is now staying on through the 2023 season. Head coach Mike O’Shea, who was working on an expiring deal, has been extended through 2022.

Wade Miller, Bombers president and CEO, said in a news release he’s happy to have the two men on board for the next few seasons.

“Continuity in our football operations department is critical as Kyle and Mike continue to build a strong culture in and around our locker room.”

O’Shea, the league’s longest tenured head coach, was named the 30th head coach in the franchise’s history in December 2013.

Walters become the team’s 17th GM in November 2013, after he worked with the club as assistant general manager and assistant coach.

“When Kyle, Mike and I began this journey in 2013, I stated that we would build a winning and sustainable organization," said Miller. "Kyle and Mike have been the drivers of this success and have helped establish a championship formula.”

Over the past four seasons, the Bombers posted a 44-28 won-lost record with four consecutive playoff appearances. The team won the Grey Cup on Nov. 24, 2019.