Can you spot the Manitoba locations in the new Liam Neeson movie released on Netflix? 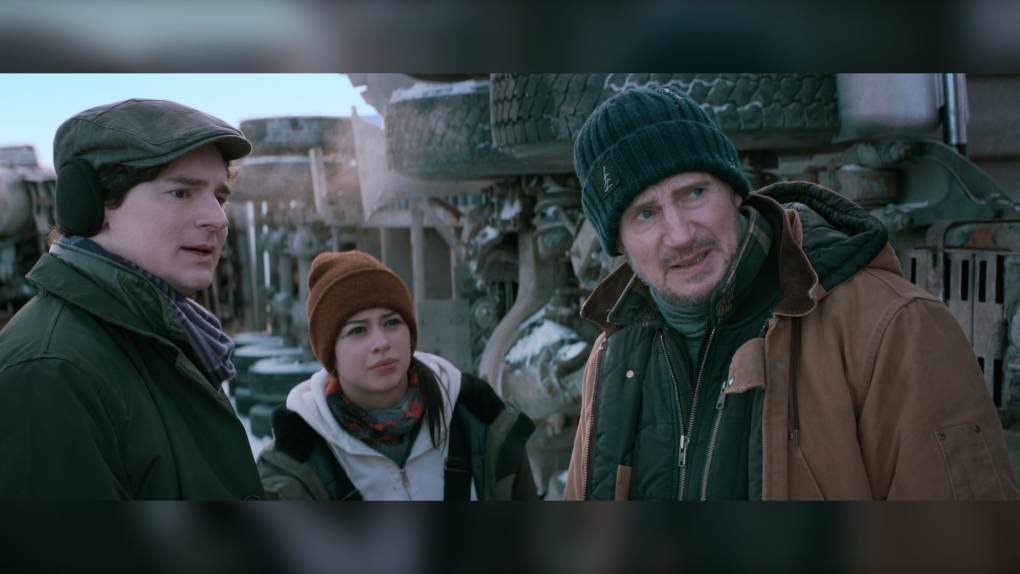 Any Manitobans looking for a movie to watch this weekend have a new option on Netflix with a little taste of home.

Liam Neeson’s film “The Ice Road” is now available through the streaming service. The movie, also starring Laurence Fishburne, was shot in several Manitoba locations at the start of 2020, including Ile-Des-Chenes.

In the film, Neeson and Fishburne race down ice roads with three 18-wheelers to free trapped miners.

To shoot some of the more complicated action sequences, the production crews created a realistic-looking ice road in front of an outdoor green screen. However, the crew also built a real ice road on Lake Winnipeg, near Gimli.

Producer Bart Rosenblatt previously told CTV News Winnipeg that the cast, including Neeson and Fishburne, thought it was “otherworldly” to be out on the ice.

“The Ice Road” was initially released on June 25 for digital rent and purchase.