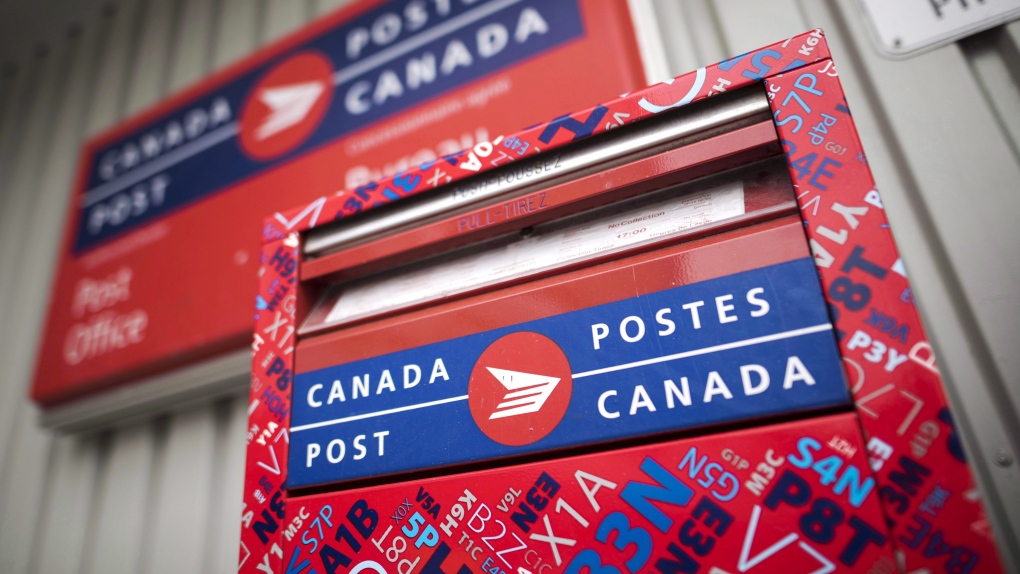 A mail box is seen outside a Canada Post office in Halifax on Wednesday, July 6, 2016. THE CANADIAN PRESS/Darren Calabrese

The Crown corporation said it is processing packages around the clock to meet the increased demand this year, as many stores are closed to in-person shopping due to the COVID-19 pandemic.

Jon Hamilton from Canada Post said they knew this year they would see a peak season like no other.

“We’re incredibly busy,” he said in an interview on Monday, Dec. 7.

“We delivered just under a million parcels this weekend, and today’s going to be a very, very big delivery day.”

Hamilton added this year’s volume of packages is something the Crown corporation has never seen before, and they’re doing everything they can to manage it.

He said to keep up with the demand, Canada Post has more than 4,000 extra employees and 1,000 extra vehicles on the road. It has also extended post office hours and improved tracking.

“With the unprecedented volumes this year, there’s a limit to how much we can safely process and deliver each day,” he said.

“So we’re doing everything we can, but the earlier you can get your stuff in the mail, the better.”

WHAT CAN CANADIANS DO?

Canada Post is asking Canadians to get their packages ready early.

Hamilton noted that sending parcels as early as possible helps with processing and delivery.

He said when people are making purchases online; they should also read the retailer’s shipping information.

“We’re giving them information as best as possible so they can provide real shipping dates and things like that for customers,” Hamilton said.

Hamilton added that people should also track their packages, noting that they may take a little longer to arrive this year due to safety protocols.

“We are committed to doing everything possible to get it to you,” he said.

Winnipeggers should expect to see delivery trucks around the city on Sundays, as Canada Post works to keep up with the high volume of packages.

Canada Post recommends that Canadians sending packages locally this holiday season should send them out by Dec. 18. Regional packages should be sent by Dec. 15 to 17, and national parcels between Dec. 9 and 16.

Hamilton said Canada Post has delivery options up until Dec. 21, but people can save money by sending items earlier.

“Internationally you’ve run out of cheap options,” he said.

“Go on canadapost.ca, we have a whole list of different dates and things like that and options.”

As for holiday cards, Hamilton said to get them sent out by Dec. 18.

“We know it’s incredibly important this year just to connect in a way that people may not have thought as important just a few years ago.”

- With files from CTV’s Nicole Dube.