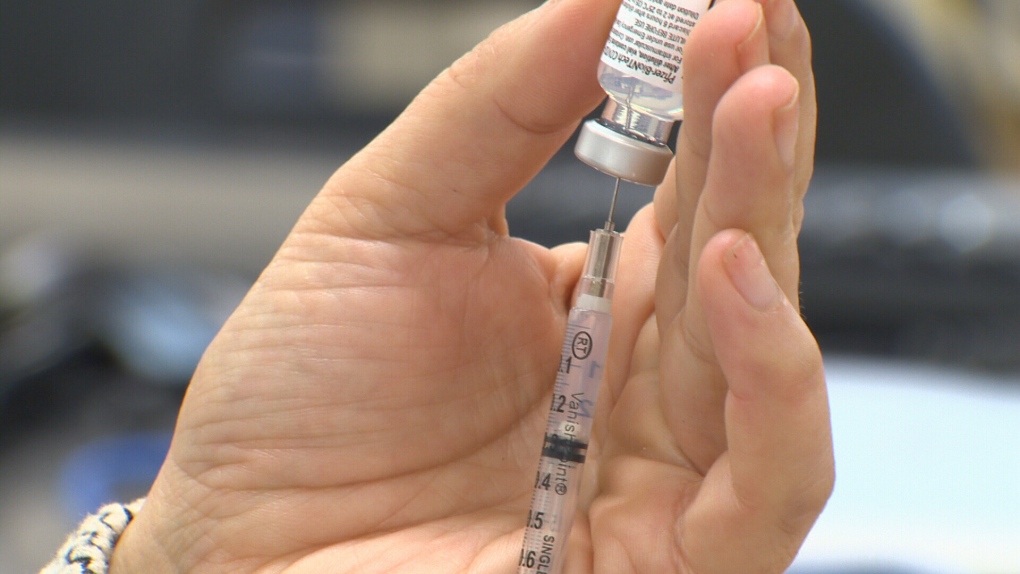 WINNIPEG -- Some changes have been made to the vaccine super site that is scheduled to be open in Thompson in early February.

The original plan for the site, which is being called Vaxport, would see it set up at the airport which is around 10 kilometres away from the city.

Thompson Mayor Colleen Smook said that isn't the best place for people in the city to reach the vaccine.

"Knowing the site, we had just a couple (of) small concerns," said Smook.

She said she wasn't aware of the airport plan until the government announced it on Jan. 6. At that time, she said she brought up the concerns with the province and on Thursday two senior officials toured the airport with Smook to go over what could be done.

Now the super site will be divided between the airport and the community centre located in Thompson.

"It does make it easier for the people in Thompson that don't have access to transportation," she said.

When everything is operational in a couple of weeks, Smook said there will be 10 vaccine spots set up at the community centre and another six at the airport.

She said the airport will work best for those who are coming in from fly-in communities.

"Or for people from communities that are on lockdown and they don't want to be in the middle of Thompson," she said.

Without access to the community centre, Smook said it could have led to some serious problems as there is a lack of parking at the airport and it would be hard to deal with everyone from Thompson as well as other communities.

"This way (the vaccine) will be able to be given out more properly," she said.

"We just figured, seeing how we in the north sort of know what the north needs, that's why we started communicating with the government on some of the needs for up here that might not have been thought of that you don't always need down south."

She added the community centre has previously been used to help administer the flu shot to people in the city as well.

The mayor said she appreciated the fast response from the government and is calling the new plan a win-win situation.

In an email to CTV News on Friday, a spokesperson for the province said, "Launching Vaxport in Thompson is another milestone in our campaign to immunize Manitobans against COVID-19. We will have more information to share on this in the coming days.”

Smook also said she is happy to see more of the vaccine is coming to northern Manitoba, as many communities have been hard hit in recent days by COVID-19.

"We have a huge Indigenous population. Our outlying communities are very important because when they get an outbreak it is very serious."

On Friday, the Northern Health Region recorded 84 new cases of COVID-19, while the Winnipeg area had 71.