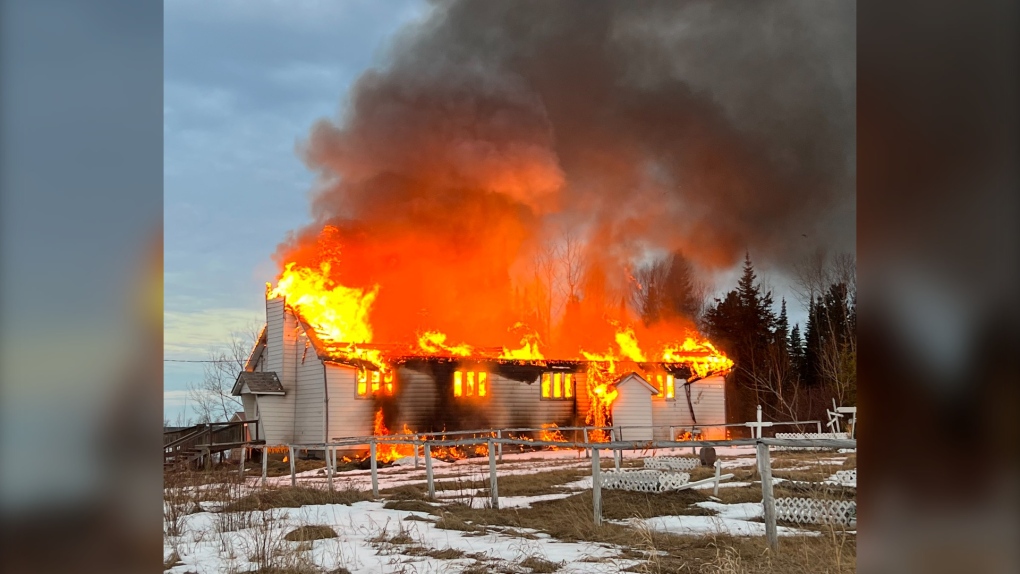 The Roman Catholic church on God's Lake Narrows First Nation was destroyed by a fire on May 6, 2022. (Submitted: Beverly James)

A church on a First Nation community in northern Manitoba was destroyed in a blaze late last week.

Beverly James, the caretaker of the Roman Catholic church on God's Lake Narrows First Nation, said the fire happened in the early hours of May 6.

"I was woken up with a phone call about 5:30 in the morning," she said. James said she was told the church was engulfed in flames.

"It's a total loss," she said. "Nothing got saved. The fire spread very quickly." 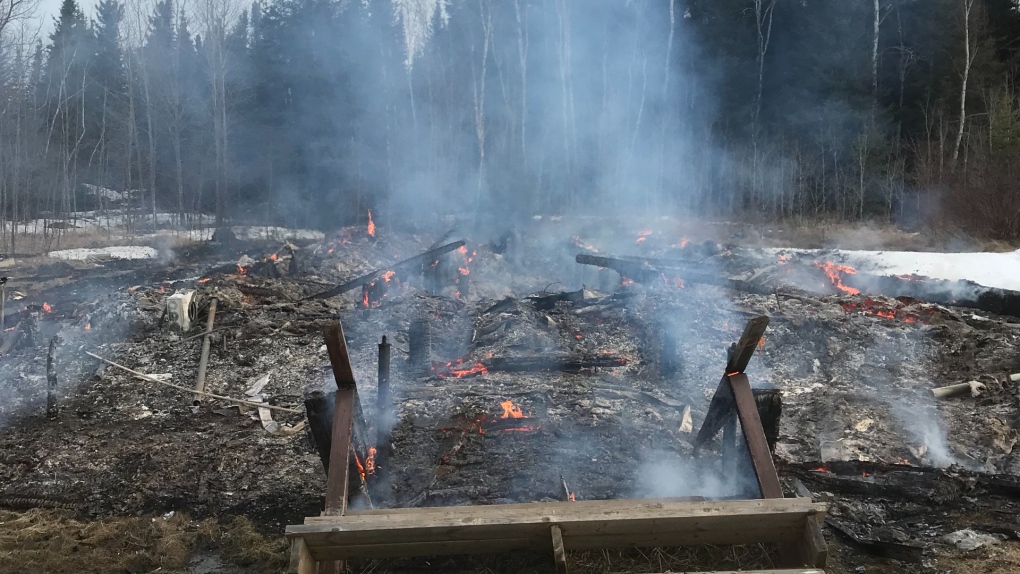 The Roman Catholic church on God's Lake Narrows First Nation was destroyed by a fire on May 6, 2022. (Submitted: Beverly James)

James said she has been the caretaker of the church for around 20 years. The building, which she said was around 60 years old, was used for Sunday services for a congregation of around 10 to 15 members from the community.

God's Lake Narrows First Nation Chief Hubert Watt said no one was hurt in the fire. He said he has heard from some community members who are disappointed by the loss of the church building.

"People have been going there for years and years," he told CTV News on Saturday, adding the First Nation will be reaching out to the Roman Catholic church organization to see if it is planning to rebuild.

James said the fire is a big loss for the community members who attended the church, and fears insurance will not cover the rebuilding of the church. The Archdiocese of Keewatin-Le Pas confirmed it was aware of the fire, but said there has been no discussions at this point regarding if the church will be rebuilt.

"I'm feeling part of my spirit died when the church engulfed in flames," James said. "I feel like I won't be able to go on any more right now. I'm still mourning. I'm still trying to pick myself up."

James said she wants to know more details as to the cause of the fire.

Watt confirmed Manitoba RCMP is investigating the fire, but he said he has not heard any updates on how the investigation is going.

Manitoba RCMP said the cause of the fire is unknown at this time, but an investigation is ongoing. RCMP said the Office of the Fire Commissioner was advised.

Canada pledged $50 million to prevent Ukrainian grain from going to waste on Sunday as Prime Minister Justin Trudeau committed to work with G7 nations on further measures to halt the famine caused by the Russian invasion of the embattled country.

Behind prison walls, National Indigenous People's Day was celebrated this month, with inmates at a Manitoba federal prison granted access to music, drumming and sharing circles — positive steps forward to reconnect Indigenous inmates with their culture and rehabilitate a group that is incarcerated at a disproportionate rate.

Hundreds of thousands of people lined the streets of downtown Toronto on Sunday as the city's Pride parade returned for the first time in two years.

A Dalhousie University team of scientists — in a joint venture with a company called Planetary Technologies — is now in the next phase of their research to use the power of the ocean to one day reduce the world’s carbon levels.

The abortion decision in the U.S. marked the apex in a week that reinforced former U.S. President Donald Trump's ongoing impact in Washington more than a year and a half after he exited the White House.

Russian President Valdimir Putin was a target of mockery by leaders of the Group of Seven, as they sat around a table Sunday, commencing their three-day summit in Bavarian Alps, Germany.